The Supreme Court is deciding whether to uphold the Affordable Care Act (ACA).

In this Q&A adapted from part of Public Health On Call’s special election series of podcasts, Stephanie Desmon talks with Gerry Anderson, PhD, an expert in health policy at Johns Hopkins. Anderson gives his take on a Supreme Court hearing that may determine the future of the Affordable Care Act, and what the recent election might mean for the coverage of preexisting conditions, Medicaid expansion, and drug pricing.

An interview with Gerry Anderson, PhD

What’s happening with the Supreme Court and the Affordable Care Act?

The Supreme Court heard this case on November tenth. They typically do not give a decision right away—they probably won’t decide until March or even June of 2021—so we may not know what’s going to happen for an extended period of time.

But, assuming that they decide to repeal it, then the question is: Will the Democrats have a chance for a do-over? Because when [the ACA] passed back in 2010, it was under very strange conditions, and they had to essentially accept the Senate version and couldn’t make any modifications. For the past ten years, there have been no modifications.

There are big questions about preexisting conditions. And, the ACA expanded Medicaid—or helped to expand it—in many places. What’s important to know here?

About 150 million Americans have a preexisting condition [like] diabetes, congestive heart failure, or hypertension. If I’m an insurer, I don’t want you in my plan, because you’re going to be more expensive than somebody who doesn’t have one of these preexisting conditions. So, for the last 50 years, I’ve been designing all sorts of things in my benefit package and in my enrollment period not to get you into the program.

The ACA says no, you have to enroll these people. If it’s repealed and nothing replaces it, these people could lose their coverage, or [insurers] could make it much more difficult or expensive to get coverage.

Both Trump and Biden say they support having the ACA, or having preexisting conditions be included. But, in all cases, the devil’s in the details in terms of how they actually implement it, and whether or not you can get it. [Maybe] it’s going to be much more expensive. Or you can get [coverage], but you’re going to have a two-year waiting period before it’s available, or something like that. Many people over the age of 40 [also] have preexisting conditions. You’ve got to be very careful about how the wording works, even if it gets repealed and gets replaced with something else. The wording is absolutely critical.

On the issue of Medicaid expansion, most states have now expanded coverage and the ACA gives them a very strong incentive to do so [with] the federal government picking up 90% of the cost.

Originally, it was 100%, so it was sort of strange that Medicaid programs in states decided not to do so because they were getting additional coverage at literally no or very little cost. And, in many cases, they were having to provide that care by the states themselves anyway, so it was almost a no-brainer to do it. But, because of politics, a number of states decided not to do it.

What we’ve seen over the last ten years is more and more states are [expanding coverage]. Even some of the states that were originally opposed are now finding that the economics are so powerful that they have to do it. So we’re seeing those fundamental changes occurring.

If the ACA is gone, will the federal government still be funding these Medicaid expansions?

Not unless something replaces it, because that’s a big dollar amount.

The executive branch alone can’t do it. Congress has to allocate the money, and Congress would have to go back and say, “We are going to continue to expand Medicaid, and we’re going to expand it in this way.” They could decide to expand but with a totally different approach.

If I’ve gotten Medicaid expansion in a state, and I want to continue it, I’m going to argue for the status quo, even if the legislation gets repealed. On the other hand, there are other ways to do it—to fold it into the original Medicaid program, and do other things. So I think that if it gets repealed, Congress is going to take a careful look at the best way to do it.

They will probably want to keep Medicaid expansion, depending on who’s in power, but the cost is going to be very large. You’re expanding [to] about 15 to 20 million people and giving them coverage. They were able to pay for it in the past by asking and requiring providers—the hospitals, the physicians, the drug companies—to pay for it. Now, what was in it for the drug companies, the hospitals, and physicians? They were getting more patients in their offices, so they were willing to make that trade-off.

The issue of drug pricing came up in the first presidential debate. What should we know about drug policy and drug pricing right now?

In some ways, President Trump and President-elect Biden agree almost completely about the ideal way to do it. Both of them agree that other countries pay much less than we do. We’ve done studies showing that for brand-name drugs, we pay three or four times more than what other countries pay for exactly the same drug. So both agree that that’s inappropriate and should be brought down.

Now, Trump has had four years to actually implement [drug pricing], and has said in an executive order that he wants to do it. But for it to actually happen, he has to write a regulation and get it through the system. And he has never gotten a regulation through the system. So he wants to, but he hasn’t actually been able to do so. And it’s certainly in his power to be able to do so—for certain types of drugs—and he hasn’t done it.

On the Democratic side, in the House of Representatives, they have actually passed laws that say we should pay no more than 20% above what other countries paid for exactly the same drug. Then, once we have that as the maximum that we’re going to pay, we can negotiate below that. So we can go to Pfizer or Merck or any of the big drug companies and say, “This drug is overpriced and we want to negotiate the price for it.” And they have to negotiate now.

Will they accept anything more than 20% above the international price, or anything lower than that? Probably not, but they could. And there are all sorts of sweeteners that could be put into the legislation that would essentially give them incentives to actually negotiate.

That would be to give them a quantity guarantee. So, a place like Walmart says, “We’re going to buy a huge number of batteries.” And they get a huge reduction in price because they guarantee a huge volume of batteries. Well, that’s essentially what the federal government could do: negotiate a price and a quantity, and maybe get a better deal.

What about President Trump’s claim that insulin is as cheap as water?

It is not as cheap as water, and it has never been. What the Congress has done, and what the Trump administration has done, is limit the amount that you would have to pay for insulin. And that is no more than $35 a month.

But what that doesn’t say is how much your insurance company pays for that insulin, and that is a whopping big number. Insulin has been around forever. There is nothing new about insulin. It is the same drug as the 1960s, with some minor modifications in how it gets dispensed and a few other things. But the basic drug itself is the same drug that’s been around for a long time. And yet the price goes up and up and up.

It is literally 500% more expensive than it was just ten years ago, for no reason. No more research and development, no higher cost associated with the production of it. It’s just more expensive because it can be.

And at the same time, the health care system is still bearing the burden of the cost.

Right. And so, when you go into the hospital, and you’re getting a very expensive drug for chemotherapy or something like that, some of those drugs are $100,000. That’s something that you pay in terms of your insurance premium, or you pay for it in the Medicare program, or whoever gets it. If you go to the doctor’s office, you also can pay a lot, but most of us see it when we go to the pharmacy to fill a prescription.

And, sometimes, we pay a lot out of pocket. There are some drugs where we pay $15,000. Most of us don’t have $15,000 lying around so that’s a huge problem. And then, you just don’t get the drug, and it’s sometimes very important for your life.

The drug prices continue to go up, and the very expensive drugs—the drugs that cost more than $10,000—are the ones that are driving this. These are new drugs, drugs that we all want to have in our arsenal, but we as a society can’t afford $10,000 drugs, $50,000 drugs, or $4 million drugs. We just don’t have the resources to pay for that, and to pay for education, and to pay for housing, and to pay for national defense.

Could we see changes to this?

I think there is, again, agreement that we’re paying too much vis-à-vis other industrialized countries. But the question is, how do we bring those prices down? There are lots of different ways to do so. One is just to pass a law to say we shall pay no more than 20% above the international average. And another is through executive action, and a few other kinds of activities.

There’s agreement that drug prices are too expensive, and no agreement on how to actually bring them down.

Gerard Anderson, PhD, is an expert in health policy and a professor in Health Policy and Management and International Health. 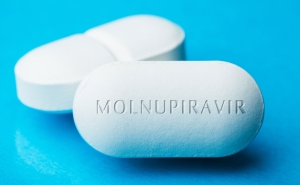 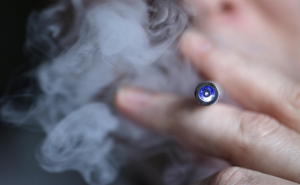 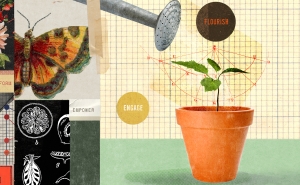 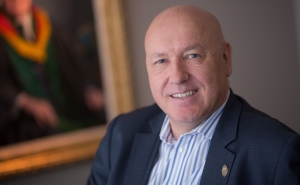 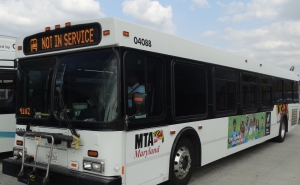