A new study by Johns Hopkins Bloomberg School of Public Health researchers found that U.S.-based patient advocacy organizations received a disproportionate amount of contributions made by the world’s 10 largest pharmaceutical companies in 2016.

Patient advocacy organizations are nonprofit groups that focus on specific medical conditions. They are found in almost every industrialized country and seek to raise awareness, lobby for research and treatment options as well as provide patient and caregiver education, advocacy and support services.

The study was published online February 21, 2019 in the American Journal of Public Health.

“Patient advocacy groups have an important role when they testify in Congress, at the Food and Drug Administration, the Centers for Medicare & Medicaid Services and other government agencies,” says senior co-author Gerard Anderson, PhD, professor in the Bloomberg School’s Department of Health Policy and Management. “It is important for policymakers to understand the funding sources for these organizations.”

The report reveals a patchwork of disclosure levels among countries, with only six of the 10 drug companies disclosing their financial donations to U.S.-based patient advocacy organizations in 2016. This disclosure gap suggests that the total amount of contributions to U.S.-based patient groups was even higher, as four companies did not disclose their U.S. contributions.

In contrast, the study found that all 10 companies disclosed their 2016 financial transactions to patient advocacy organizations in France, Germany and the United Kingdom, which encourage or require such disclosure.

The authors say the findings underscore the importance of transparency given the growing role of patient advocacy groups, particularly in the U.S., and recommend moving to greater disclosure, either voluntary or regulatory.

“Patient advocacy groups have grown exponentially in the last 10 years, but the magnitude of pharmaceutical industry funding to them across countries has not been measured before,” says So-Yeon Kang, MPH, MBA, lead study author and research associate in the Bloomberg School’s Department of Health Policy and Management. “Patient advocacy organizations are supposed to represent  their constituents’ interests. Transparency is critical to avoid conflict of interests.”

For their study, the researchers identified the world’s 10 largest pharmaceutical companies based on total global revenue in 2016: Pfizer, Novartis, Roche, Sanofi, Merck, AbbVie, Amgen, Gilead, Janssen and GlaxoSmithKline. Together they accounted for 41 percent of pharmaceutical industry revenue that year. The study authors then researched disclosures for contributions from these 10 companies to patient advocacy groups based in Canada, France, Germany, Italy, Japan, Spain, the United Kingdom and the U.S. The researchers collected financial information from pharmaceutical websites, funding reports and other public-facing documentation, such as annual reports.

In France, Germany and the United Kingdom, where all 10 pharmaceutical companies disclosed financial contributions to patient groups, the researchers note that in addition to robust regulatory frameworks, information about disclosures was easily accessible and content was consistent.

Other countries, including the United States, had varying amounts of disclosed information available. The researchers report that they encountered several barriers with data collection in the U.S., including different reporting styles and mixed information with various types of grants.

“Legislative actions, such as expanding the Physician Payment Sunshine Act, would insure universal disclosure compliance,” says Kang. “But as an intermediary step, the industry should consider adopting a voluntary disclosure requirement at the trade association level. They already have it in Europe. Why not in the U.S.?”

Increased transparency, the authors say, would help address potential conflicts of interest associated with the pharmaceutical industry’s support. “The U.S. has one of the most robust drug regulation processes,” explains Anderson. “It is often the first country to adopt prescription drugs and therefore has a significant influence on a product’s performance in a global market. Regulation is important because these groups can be influenced by the money they receive from drug companies.”

This study was supported by the Laura and John Arnold Foundation. 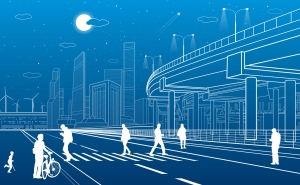 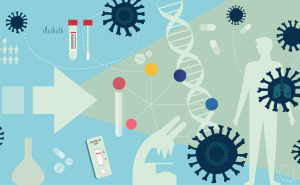 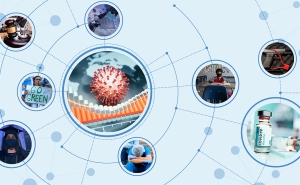 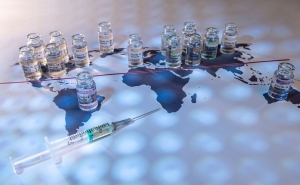