A new study by researchers at the Johns Hopkins Bloomberg School of Public Health examined independent charity prescription drug assistance programs in the U.S. and found that nearly all—97 percent—did not provide coverage for uninsured patients.

The researchers also found that these programs were more likely to cover high-cost, brand-name prescription drugs despite the availability of lower-priced generic options.

The findings were published online August 6 in JAMA.

“Independent patient assistance programs favor higher-priced drugs, and the higher the drug price, the higher the likelihood of it being covered,” says Gerard Anderson, PhD, professor in the Bloomberg School’s Department of Health Policy and Management and director of the Center for Hospital Finance and Management, also at the School. “Unfortunately patients with the greatest financial needs—people without health insurance—do not qualify for these programs.”

To get a sense of eligibility criteria and drugs covered, the researchers identified the eight largest nonprofit, independent charity organizations using a public-facing database, GuideStar. These organizations allocated more than half of their revenue to help patients cover prescription drug costs.

The study primarily focused on the six largest charity organizations which together offered 274 different disease-specific patient assistance programs in 2018. The type of financial support varied among programs. The most common type of program (168 programs or 61 percent) offered only co-payment assistance. The next most common type of program (90 programs or 33 percent) allowed patients to choose between co-payment assistance or help with paying insurance premiums. None of the programs provided free drugs. As for specific diseases, 113 programs, or 41 percent, covered drugs for cancer or cancer-related conditions, while 93 programs, or 34 percent, covered treatments for genetic or rare diseases.

All 274 patient assistance programs had a combination of the following requirements for patients to participate: health insurance, a prescription for a drug covered by the program and proof of income. Five hundred percent above the federal poverty line was the most common income eligibility limit, making 80 percent of Americans eligible for assistance. Under this requirement, a single person earning less than $60,700 or families earning less than $125,500 would qualify for most programs.

“Only covering insured patients may help these programs cover more patients with their limited funds,” says So-Yeon Kang, MPH, MBA, a research assistant in the Bloomberg School’s Department of Health Policy and Management and lead author of the study. “But leaving out the uninsured diminishes the charitable aspects of these organizations supported by tax-exempted donations.”

The study also examined the drugs covered by the two largest foundations offering prescription assistance programs in the U.S., the Patient Access Network Foundation and the HealthWell Foundation. Both are featured on the Medicare website, and together offered 123 patient assistance programs at the time of the study. Of the 2,828 drugs covered by Medicare Part D, the study found that the programs covered only about 40 percent of the drugs, or 1,156. The programs typically covered the most expensive drugs.

The study found inconsistent disclosure practices among patient assistance organizations. The two largest—the Patient Access Network Foundation and the HealthWell Foundation—were the only organizations in the study that disclosed the names of the drugs they covered and the maximum coverage amount. Program details, including covered drugs and program funders, were not available in most cases. “More transparency could be the first step to help them ensure these programs aligned with their charitable mission,” says Kang.

By favoring higher-priced drugs, these programs could ultimately put pressure on costs. “Beneficiaries of patient assistance programs might buy more expensive drugs, but they don’t necessarily feel the cost difference directly,” says Anderson. “If these patient assistance programs allow the price of the drug to go up and premium costs increase, this ultimately would place a burden on the whole health care system.”

The research was supported by Arnold Ventures. 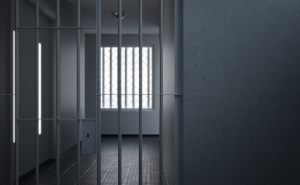