Upping the Ante - Within Biostatistics & School-wide

THE 2015-2016 ACADEMIC YEAR IS PRODUCING SOME NOTEWORTHY NUMBERS FOR THE DEPARTMENT IN THE AREAS OF FACULTY AND STUDENT ACHIEVEMENT. 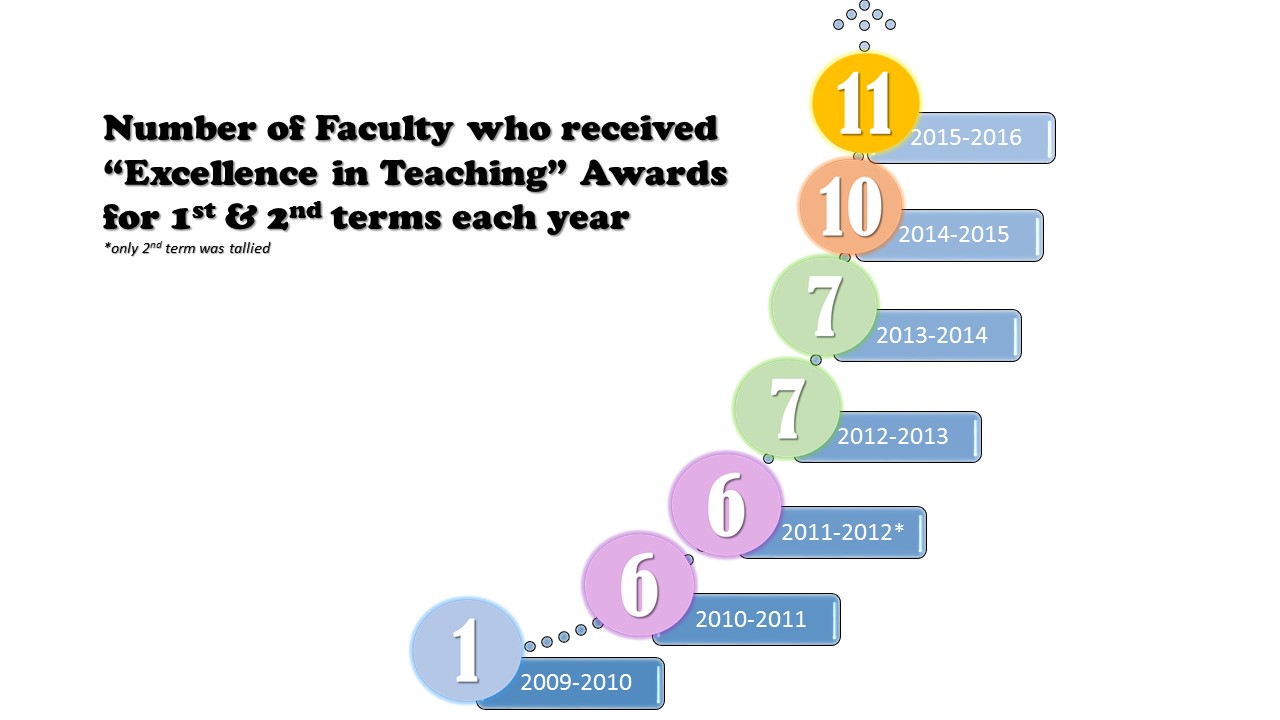 Meaningful Student Outreach Within the Community

SEVERAL BIOSTATISTICS STUDENTS PARTICIPATE IN THREAD - A MENTORING INITIATIVE FOR UNDERPERFORMING STUDENTS WITHIN THE CITY. PHD RECIPIENT JOHN MUSCHELLI OFFERS A REFLECTION ON HIS TIME WITH THE PROGRAM.

During the second year of my Master’s degree in Biostatistics, I was looking to experience Baltimore outside of the Hopkins “bubble.” Many Hopkins students are insulated in their cohort, within their program, within their department, within their school (JHSPH, SON, SOM), and within Hopkins in general. A friend of mine in the Epidemiology department (Adi Noiman) had talked about Thread and how much she enjoyed the work with high school students. Thread would allow me the opportunity to give back to the Baltimore community – an idea which had been stressed during my undergraduate studies in Scranton – so I joined in November 2010.

Initially, I did not expect that some students, sometimes overtly, would state they did not want our help. Students would literally run away from mentors after school. I remember a Thread student pranking me by telling me that my student had just run around the corner, only to find – after chasing absolutely no one down – that I had been led to an empty hallway.

Over time, however, I found that most students did in fact want help, but it took a mutual respect and bond for that to happen. Moreover, it took a mentor to always show up and never give up on a student, no matter how much the student wanted. The primary student I have worked with evaded me for a long time.  After he realized I was not going anywhere and I was going to keep calling him, texting him, calling his house, and calling his parents, we eventually started to make progress.  During his freshman year, he was failing nearly half his classes, but has since graduated from high school and now has a full-time job. Just receiving a text saying that he’s working and unable to talk is probably one of the most rewarding parts of my time at Thread.

The people at Thread are fantastic, busy, motivated, and helpful.  It’s a tremendous program and I would recommend it to any student who wants to do service or get out of their bubble.

For more information on ways to get involved with Thread, visit http://www.thread.org/.

IN THE DEAN'S LECTURE SERIES, INGO RUCZINSKI DISCUSSES RICHARD WAGNER'S RING DES NIBELUNGEN AND ITS RELATIONSHIP TO SCIENCE AND PHILOSOPHY.

The Dean's office offers a special lecture series to celebrate the promotion of faculty to tenured full professor at the Bloomberg School of Public Health. In February 2016, and as part of the Biostatistics Centennial month, Ingo Ruczinski delivered a lecture on Richard Wagner's Ring des Nibelungen, and how it relates to issues concerning the Bloomberg School of Public Health.

Dr. Ruczinski explained the three different interpretations of Wagner's Ring, two of which were motivated by the philosophies of Richard Wagner's contemporaries Ludwig Feuerbach and Arthur Schopenhauer (in a recent effort, the school has started an initiative to put philosophy back into the PHD; http://magazine.jhsph.edu/2015/summer/forum/rethinking-put-the-ph-back-in-phd/). The third interpretation of the Ring pertaining to evolutionary biology was discussed in the context of science in the 19th century, particularly highlighting Darwin's work 'On the origin of species by means of natural selection' which is considered to be the foundation of evolutionary biology: "The power of Wagner's artistic accomplishments can be traced to the psychological authenticity of his understanding of the human condition, an understanding that now has a basis in Darwinian evolutionary psychology where it is recognized that we have reached our stage in evolutionary development through a process of struggle, violence and passion. This natural selection process has forged our genetic make-up, crafting our brain's neurological physiology" (Mark B. Chadwick 2015, 'Wagner and Science: Twilight of the Gods Across the Multiverse', The Wagner Journal vol.9 (1), 23-39). The craft of the music, particularly the use of Leitmotifs ('leading motifs') and its similarity to evolution and DNA was discussed at length using a variety of nature related motifs from the Ring (a very basic primer of this idea appeared in April 2012 in the science section of the New York Times as "The Intricate Music of the Human Genome", by James Gorman). Further, the meaning of the Ring and the intentions of the composer and the characters in the music drama delineated via the chosen tonalities in the music was discussed. The presentation concluded with Dr. Ruczinski, a biostatistician and trained statistical geneticist, discussing the genetic implications of Wagner's Ring in the context of family-based studies.

A video of this presentation and highlights thereof are available from the Dean's office special lecture series website at http://www.jhsph.edu/about/deans-corner/deans-lectures.

TAKI SHINOHARA (PHD '12) IS THE NEWLY FEATURED ALUMNUS ON OUR REDESIGNED ALUMNI PAGE. TAKI REFLECTS ON HIS TIME AT HOPKINS AND CAREER AFTER GRADUATION.

Russell (Taki) Shinohara is an alumnus of the Johns Hopkins Department of Biostatistics graduating with his Ph.D. in 2012 and is currently an Assistant Professor of Biostatistics at the University of Pennsylvania Perelman School of Medicine. His thesis, under direction of Constantine Frangakis, was entitled, “Robust Statistical Methods for the Study of Disease through Complex Structural Outcomes”.

Recently, Dr. Shinohara shared his research interests, accomplishments and thoughts about his time in the Biostatistics Department through an interview. He concluded by saying:

“Being an alumnus of Hopkins Biostatistics means several things. First, it means having obtained the knowledge and skills required to be a biostatistician. It also means having the necessary experience and paradigm to lead quantitative studies of biomedical problems. Finally, being an alumnus is being part of a closely knit network of Hopkins graduates working in many areas of biostatistics and public health; many of my collaborators are part of this network, and we continue to rely on each other for expert opinions and advice throughout our careers.”

Dr. Shinohara continues to collaborate with the Johns Hopkins Biostatistics community and even serves as an Adjunct Professor for the Department.

The full interview can be found on the Featured Alumni section of our website.

BIOSTATISTICS CELEBRATED THE SCHOOL'S CENTENNIAL WITH A MONTH OF ACTIVITIES BEGINNING WITH THE REVIVAL OF A LONG-STANDING DEPARTMENTAL TRADITION AND CONCLUDING WITH THE INAUGURAL SYMPOSIUM IN A MUCH-ANTICIPATED SERIES.

Biostatistics celebrated the School’s Centennial with a month of activities beginning with the revival of a departmental tradition and concluding with the inaugural symposium in a much-anticipated series. Here is a brief recap of the month-in-review:

Our Centennial month opened on Friday, February 5 with “Hawaiian Shirt Friday” and Happy Hour. The once longstanding departmental tradition was initiated by former Department Chair, Scott Zeger, in the mid-90s, but participation gradually waned over time; there had been talk of reviving it for years, so it was exciting to finally get the opportunity. There was an honorable turnout – although we unfortunately missed the opportunity for a group shot – and the day concluded with a gathering at the SPH Happy Hour, held in the Student Lounge on the first floor.

Our Department was honored to have not one, but two of our esteemed faculty selected to present a talk in the Dean’s Lecture Series!

Biostat had the honor of hosting current Associate Director of Data Science at NIH, Philip E. Bourne, on Wednesday, February 10 for a lunchtime seminar entitled, "The Value of Data Science to the Biomedical Enterprise;" following the seminar was a late afternoon reception.

We took a trip down memory lane with an Open House to debut our “Biostatistics Museum” that had been erected in the Biostat Library and was open to the public for a total of five weeks. Historian, Karen Thomas gave voice to various artifacts in a fascinating presentation which can be found here.

The month concluded with the Inaugural Ross-Royall Symposium: From Individuals to Populations, which had a phenomenal success; there were a total of sixteen prominent speakers from across the globe and over 150 participants from within the University and externally. It was a day-long event co-chaired by Michael Rosenblum and Elizabeth Stuart, with support from the planning committee: Karen Bandeen-Roche, Jay Herson, Chuck Rohde, and Tom Louis, and front office staff: Melanie Smolter, Patty Hubbard, Ashley Johnson, and Marti Gilbert. This is the first in a series of symposia which are anticipated to take place biennially.