Two Bloomberg School professors—Shannon Frattaroli, PhD, ’99, MPH, ’94, and Joshua M. Horwitz,  JD—have been named winners of the inaugural Sommer Klag Advocacy Achievement Award. Frattaroli and Horwitz, core faculty with the Center for Gun Violence Solutions in the Department of Health Policy and Management, are recognized for their work advocating for extreme risk protection orders (ERPOs) to reduce gun violence, including suicides. The $100,000 award is made possible through a gift from Helaine Lerner and her late husband Sid Lerner, and is administered by the Lerner Center for Public Health Advocacy at the Johns Hopkins Bloomberg School of Public Health. The award is intended to support the recipients’ continued advocacy efforts, while a portion is expected to be used to develop the pipeline of future public health advocates.

In 2013, in the aftermath of the December 2012 Sandy Hook Elementary School shooting, Frattaroli and Horwitz assembled the Consortium for Risk-Based Firearm Policy, a multidisciplinary group of experts, to develop evidence-based policy recommendations for gun violence prevention. At the time, Horwitz was executive director of the Educational Fund to Stop Gun Violence, an advocacy nonprofit that in March 2022 merged with Johns Hopkins to form the Center for Gun Violence Solutions. He was appointed the Dana Feitler Professor of the Practice in Gun Violence Prevention and Advocacy in August 2022.

The Consortium identified dangerous behaviors as the best evidence-based predictor of gun violence. Building on this research, the Consortium developed the Extreme Risk Protection Order concept—a civil order with strong due process protection that provides a mechanism for temporarily removing firearms, based on dangerous behaviors. ERPOs are used when people are at risk of harming themselves (suicide) or harming others (interpersonal violence, including mass violence).

For the past decade, Frattaroli and Horwitz have advocated for ERPO legislation that is now law in 19 states and the District of Columbia, leading research to inform those advocacy efforts. Their submission for the Sommer Klag Advocacy Achievement Award demonstrated the power of advocacy, evidence, and the value of building strong external partnerships and coalitions to move public health forward.

The Sommer Klag Advocacy Award program builds on the School’s long tradition of advocating for public health. It honors leaders in the field of public health advocacy, Deans Emeriti Alfred Sommer, MD, MHS ’73, and Michael Klag, MD, MPH ’87, and aims to inspire the next generation of advocates and champions. The launch of the award program is an exciting step toward achieving the goals laid out in the School’s strategic plan—which made advocacy a strategic priority. 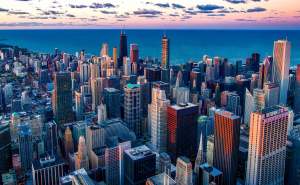