Analysis, based on two screening tests instead of one, suggests undiagnosed diabetes is more prevalent in older and obese adults, racial/ethnic minorities, and those without health care access

A new study from researchers at the Johns Hopkins Bloomberg School of Public Health estimates that the overall number of undiagnosed diabetes cases in the U.S. is significantly lower than current government estimates suggest.

The findings, published online July 11 in Diabetes Care, suggest that public health efforts to improve diabetes awareness and screening over the past three decades have translated into better detection of type 2 diabetes in the U.S. At the same time, the study showed major disparities in the burden of undiagnosed diabetes in certain population subgroups.

For their analysis, the researchers used government health survey data covering thousands of people over more than 30 years, 1988 to 2020. Instead of estimating undiagnosed diabetes from single blood test results, as the Centers for Disease Control and Prevention does, the researchers used the two-test criterion that doctors use when screening for diabetes. The researchers found that about 9.5 percent of the total diabetes burden in the U.S. is undiagnosed, versus estimates in the 20-to-30 percent range.

“Our findings suggest that the true figure is much lower and that providers in the U.S. are doing a good job overall with diabetes screening and diagnosis,” says study senior author Elizabeth Selvin, PhD, professor in the Bloomberg School’s Department of Epidemiology. “Nonetheless, undiagnosed diabetes remains high in some subgroups, indicating that there’s still a long way to go.”

“It’s a real concern that certain populations are being missed by the health care system. This is likely a major reason why undiagnosed diabetes remains high in these groups,” says Michael Fang, PhD, assistant professor in the Department of Epidemiology at the Bloomberg School and the paper’s first author.

Diabetes is considered one of the world’s top public health burdens. A condition featuring chronic elevated glucose in the bloodstream, diabetes affects approximately 14 percent of the U.S. adult population, and more than one-quarter of adults over 65. The prevalence of diabetes has been increasing in recent decades, in part due to the epidemic of obesity. Chronically elevated glucose levels in diabetes can weaken immunity, promote inflammation, harm blood vessels, raise the risk of heart attacks and strokes and can also cause retinopathy (eye disease), kidney disease, and damage to the nerves.

Researchers have been endeavoring to understand the true burden of undiagnosed diabetes, with the aim of identifying those patients who need treatment. The Centers for Disease Control and Prevention, in its 2020 National Diabetes Statistics Report, estimated that about 2.8 percent of the 18-and-over population, or roughly seven million Americans, have undiagnosed diabetes. That figure would represent about 22 percent of the total diabetes burden. The report’s estimates were based on national survey data and using any single blood test result indicating elevated glucose. Doctors typically diagnose diabetes only after confirming an elevated test result—this approach reduces the possibility of giving patients a false positive diagnosis of diabetes. For example, clinical guidelines recommend that an initial elevated result on the standard fasting glucose test be confirmed with a glycated hemoglobin test, also known as the HbA1c test, or a second fasting glucose test a few weeks later.

In their new study, Selvin, Fang, and colleagues applied a similar two-test criterion to blood test results in the CDC’s National Health and Nutrition Examination Surveys. These surveys combine interviews and checkups of nationally representative samples of U.S. adults and have been conducted for the past several decades. The research team drew from survey results covering 30,492 people from the period 1988–2020, ending just before the start of the COVID-19 pandemic.

The researchers considered individuals in the survey as having “confirmed undiagnosed diabetes” if they had no diabetes diagnosis, yet their test results included elevated results on both a fasting glucose and an HbA1c test.

The researchers found that the number of individuals in this category suggested a national prevalence, for the latest dataset (2017–2020), of only 1.23 percent—less than half the CDC’s most recent estimate based on single test results—and only about 9.5 percent of the total diabetes prevalence. This more conservative readout of undiagnosed diabetes prevalence was also basically unchanged since 1988.

In contrast, the results suggest that diagnosed diabetes prevalence in the U.S. rose sharply, from 4.6 percent of the population in the 1988–1994 survey period to 11.7 percent in 2017–2020—representing 90.5 percent of all diabetes prevalence in the country. Thus, the increase in the diabetes burden in the U.S. in recent decades essentially has been due to more diagnosed cases.

Funding was provided by the National Institute of Diabetes and Digestive and Kidney Diseases (K24 DK106414). 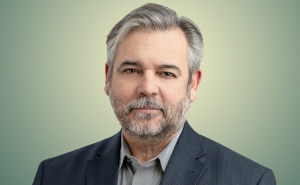 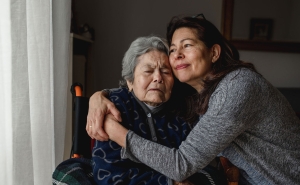 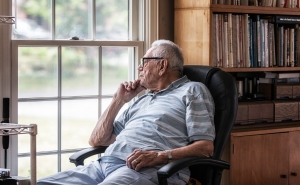