The pilot study—an analysis of responses from 123 sixth- and seventh-graders in four urban schools—assessed students’ awareness and intentions around child sexual abuse after completing a multi-module prevention program, Responsible Behavior with Younger Children.

The findings were published online September 30 in the journal Child Maltreatment.

Earlier research, including a 2019 study analyzing National Survey of Children’s Exposure to Violence data, suggests that half or more of sexual offenses against U.S. children are perpetrated by other children under age 18. Earlier research also found that ignorance about child sexual abuse and general impulsivity are risk factors for adolescents to engage a younger child in problem sexual behavior.

The authors of the new study designed the prevention program for sixth and seventh graders because they are typically younger than 14 years, the peak age among adolescents for sexual offending against younger children, yet old enough to be contemplating or engaging in early sexual behaviors.

“We tell older kids not to kick or punch or tease younger children, but we don’t always give them the same clear guidance that sexual behavior with younger kids is harmful and illegal,” says study author Elizabeth J. Letourneau, PhD, professor in the Bloomberg School’s Department of Mental Health and director of the Moore Center for the Prevention of Child Sexual Abuse. “We want to give them the information, tools, and skills they need to recognize child sexual abuse and keep themselves and other kids safe.”

For the study, researchers enrolled 160 sixth and seventh grade participants at four urban middle schools in Maryland. Three of the schools had previously participated in focus groups and/or sessions used to develop the Responsible Behavior with Younger Children program. Researchers also convened a parent advisory group comprised of one parent from each participating school and an expert advisory group comprised of two external child development experts.

The program curriculum had eight core content sessions, each about 45-minutes in length, plus introductory and concluding sessions. Topics included developmental differences between children and teenagers, peer harassment, and healthy versus unhealthy teenage-younger child relationships, such as defining and describing sexual development, sexual consent, and child sexual abuse—which the curriculum termed “peer sexual harassment”—and building skills to identify and choose behaviors to keep themselves and others safe.

For their analysis, the researchers eliminated 37 student responses from the 160 enrollees, mainly due to incomplete answers. Working with the remaining 123 responses, the researchers used a common statistical method—the generalized linear mixed model—to determine whether the curriculum had an effect across the four student groups over time. Their analysis found that it did, for both the knowledge and intention components.

“Many people reflexively believe that parents and teachers won’t want children to be exposed to information about preventing child sexual abuse, but that’s not correct,” Letourneau says. “Parents and educators may be dealing with children with sexual behavior problems, and they want to help and provide guidance.”

The researchers note that the study has several limitations. Participating schools came from a single urban district, the researchers relied on newly-generated or adapted scales to assess outcomes, and the study relied solely on student self-reporting.

The researchers are looking to expand their research to a larger trial with at least 30 schools.

“We’re optimistic that a program like this could help give young adolescents a better understanding of the rules of the road so they don’t engage younger children in harmful or illegal sexual behavior,” says Letourneau. 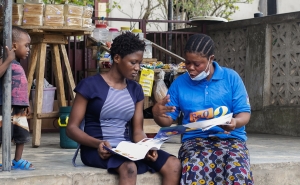 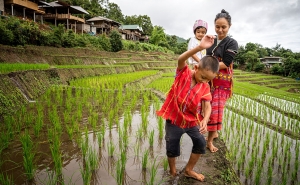 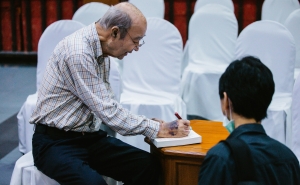