Life Expectancy is Declining in the U.S. It Doesn’t Have to Be

The U.S. is experiencing its sharpest decline in life expectancy in more than a century—since the eras of World War I and the Great Influenza.

This dire development represents the combined toll of many crises—but it can be reversed, according to a report released this morning by the Bloomberg American Health Initiative at the Johns Hopkins Bloomberg School of Public Health.

What happened? Until 2014 life expectancy at birth in the U.S—a core measure of population health—was steadily trending upward. Then it plateaued. Then it dropped.

In 2021, an American was expected to live 76.1 years—down 2.8 years from the 2014 peak of 78.9 years. This backslide has erased all life expectancy gains since 1996, according to recent data from the Centers for Disease Control and Prevention. 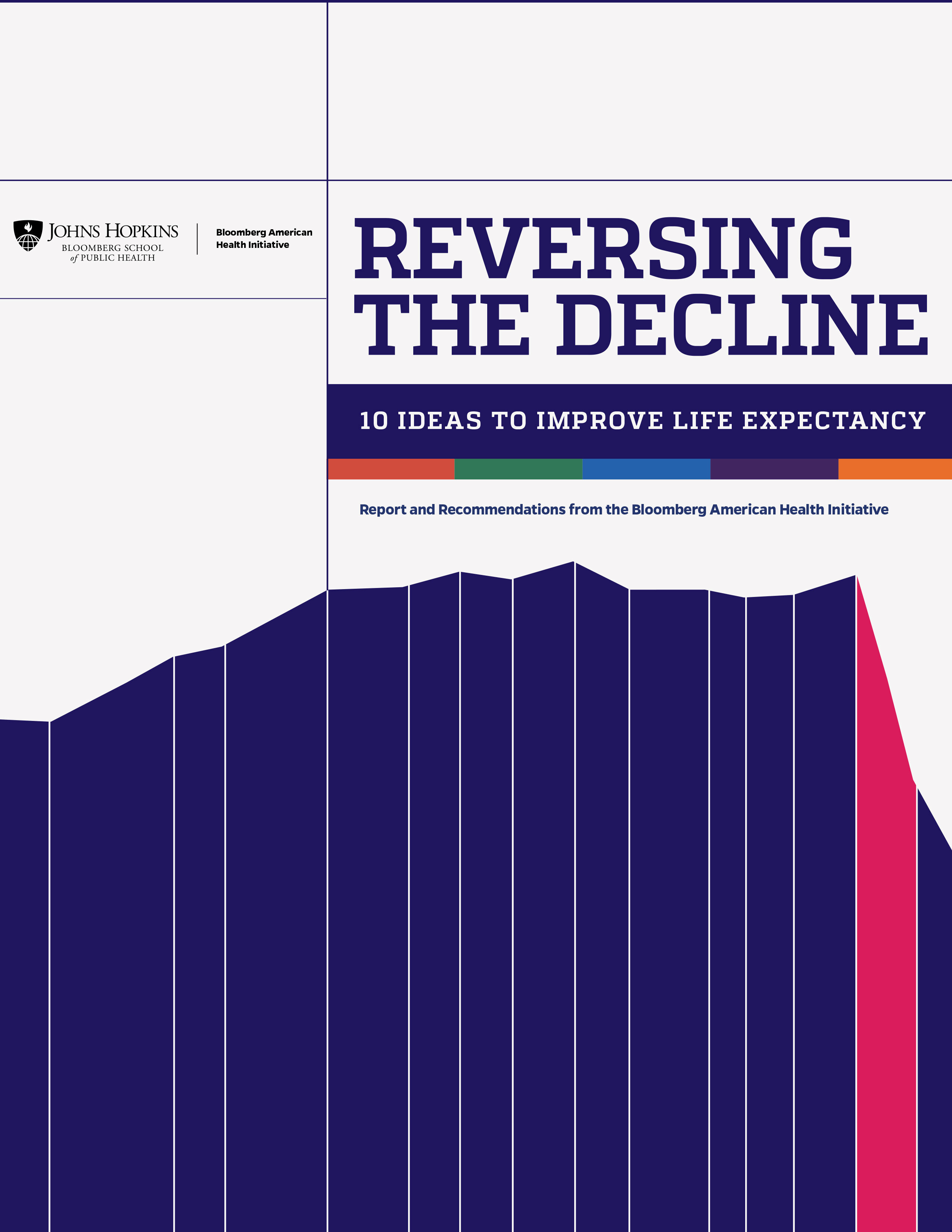 Deep-rooted inequities and structural racism are also contributing to Americans dying younger, as evidenced by the uneven racial and ethnic breakdown in life expectancy:

What can be done?

“We have to shake off the feeling that things are going to just keep getting worse,” he says. “There are no quick fixes, but there are absolutely things that can be done.”

In many respects, we already know what to do. Many effective interventions—from overdose-reversal medications to gun permit requirements to heat action plans—are already being implemented across the country. “We have the evidence that they work, but we haven’t been able to gain enough scale,” says Sharfstein.

The report lays out 10 urgent yet practical steps for how decision makers at all levels can address the root causes of declining life expectancy in the U.S. They include:

Hospitals and clinics, and jails and prisons: Provide access to medications that treat opioid use disorder such as buprenorphine and methadone.

Annalies Winny is an associate editor of Global Health NOW, a website and daily e-newsletter produced by the Bloomberg School.