The hygiene hypothesis is the idea that kids need to be exposed to germs in order to develop healthy immune systems. We know that many common viruses did not circulate as widely during the pandemic, thanks to social distancing, masking, and other COVID mitigation measures. Are there downsides to those missed infections?

In this Q&A, Caitlin Rivers speaks with Marsha Wills-Karp, PhD, MHS, professor and chair of Environmental Health and Engineering, about the role of household microbiomes, birth, and vaccines in the development of kids’ immune systems—and whether early exposure really is the best medicine.

This Q&A is adapted from Rivers’ Substack blog, Force of Infection.

I think there’s some concern among parents who have heard about the hygiene hypothesis that there is a downside to all those stuffy noses that didn’t happen [during the COVID-19 pandemic]. Are there any upsides to viral infections? Do they help the immune system in some meaningful way?

I don’t think so.

You mentioned the hygiene hypothesis, which was postulated back in the ‘80s. German scientists noticed that families with fewer children tended to have more allergic disease. This was interpreted [to mean] that allergic disease was linked to experiencing fewer infections. I have explored this idea in my research for a couple of decades now.

This phenomenon has helped us to understand the immune system, but our interpretation of it has grown and expanded—particularly with respect to viruses. Almost no virus is protective against allergic disease or other immune diseases. In fact, infections with viruses mostly either contribute to the development of those diseases or worsen them.

The opposite is true of bacteria. There are good bacteria and there are bad bacteria. The good bacteria we call commensals. Our bodies actually have more bacterial cells than human cells. What we’ve learned over the years is that the association with family life and the environment probably has more to do with the microbiome. So one thing I would say is sanitizing every surface in your home to an extreme is probably not a good thing. Our research team showed in animals that sterile environments don’t allow the immune system to develop at all. We don’t want that.

What does contribute to the development of the immune system, if not exposure to viruses?

There are a number of factors that we’ve associated with the hygiene hypothesis over the last 20 years, and these exposures start very early in life. Cesarean sections, which do not allow the baby to travel through the birth canal and get exposed to the mother’s really healthy bacterial content, is a risk factor for many different immune diseases. Getting that early seeding with good bacteria is critical for setting up the child going forward. Breastfeeding also contributes to the development of a healthy immune system.

There are other factors. Our diets have changed dramatically over the years. We eat a lot of processed food that doesn’t have the normal components of a healthy microbiome, like fiber. These healthy bacteria in our gut need that fiber to maintain themselves. They not only are important for our immune system but they’re absolutely critical to us deriving calories and nutrients from our food. All these things contribute to a healthy child.

We’ve also noticed that people who live on farms have fewer of these diseases because they’re exposed to—for lack of a better term—the fecal material of animals. And what we have found is that it’s due to these commensal bacteria. That is one of the components that help us keep a healthy immune system. Most of us will probably not adopt farm life. But we can have a pet, we can have a dog.

I think all the pet lovers out there will be pleased to hear that.

There’s a lot of evidence that owning a pet in early childhood is very protective.

What about the idea that you need to be exposed to viruses in early life because if you get them as an adult, you’ll get more severely ill? We know that’s true for chickenpox, for example. Do you have any concerns about that?

We should rely on vaccines for those exposures because we can never predict who is going to be susceptible to severe illness, even in early childhood. If we look back before vaccines, children under 4 often succumbed to infections. I don’t think we want to return to that time in history.

Let me just give you one example. There’s a virus called RSV, it’s a respiratory virus. Almost all infants are positive for it by the age of 2. But those who get severe disease are more likely to develop allergic disease and other problems. So this idea that we must become infected with a pathogenic virus to be healthy is not a good one.

Even rhinovirus, which is the common cold, most people recover fine. But there’s a lot of evidence that for somebody who is allergic, rhinovirus exposures make them much worse. In fact, most allergic or asthmatic kids suffer through the winter months when these viruses are more common.

And that’s particularly salient because there is a lot of rhinovirus and enterovirus circulating right now.

From my point of view, right now, avoiding flu and COVID-19 is a priority. Those are not going to help you develop a healthy immune response, and in fact, they can do a lot of damage to the lungs during that critical developmental time. Data [show] that children that have more infections in the first 6 months to a year of life go on to have more problems.

It’s always surprising to me when I look at the data of the fraction of time that young children spend with these common colds—and this is pre-pandemic—it’s not uncommon for kids to be sick 50% of the time. That feels right as a parent, but it’s startling.

The other thing people don’t know is that the GI tract is where you get tolerized to all of your foods, allergens and things. Without those healthy bacteria in your gut, you can’t tolerate common allergens.

How does that relate to the guidance that’s changed over the years—that you should withhold peanuts in early life and now you’re supposed to offer them in early life?

The guidance to delay exposure to peanuts didn’t consider the fact that oral exposure to peanuts was not the only exposure kids were getting. There were peanut oils in all kinds of skin creams and other things. So kids got exposed through their skin, but they had no gut protection—and the GI tract is important for a tolerant system. If you have a healthy immune response, you get tolerized in early life.

This concept is a little bit different for those families who may already have a predisposition to allergies. But for the general public, exposure is key to protecting them in early life.

I think some parents look at the guidance that you should now offer peanuts in early life and say, “Are we not doing that with rhinovirus by masking kids or improving ventilation?” How should people think about the development of the immune system for food allergies compared to infections?

The thing about rhinoviruses is that after recovering, you’re not protected from the next infection. There is no real immune protection there. Most of us suffer from colds throughout our whole life. Like I said, bacterial exposure is what’s key to priming the immune response.

Also, we forget that a lot of kids die from the flu. Unlike COVID-19, where younger kids are not quite as susceptible to severe illness, that’s not true for flu. RSV, too, can be quite severe in young children and older adults. 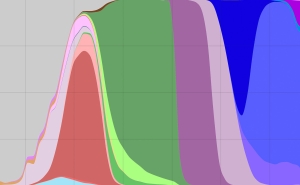 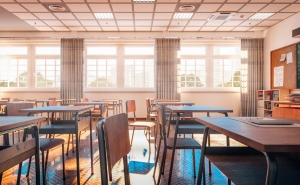 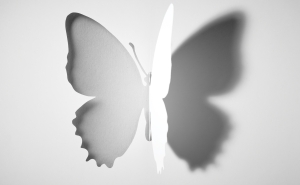