A team of scientists in Jiou Wang’s lab has identified a new function of a gene linked to neurodegenerative diseases. A mutation in the gene C9orf72 is the most common genetic cause of amyotrophic lateral sclerosis, or ALS, and frontotemporal dementia, or FTD, but its normal function has remained unclear. In a recent paper in Cell Metabolism, the team showed that the C9orf72 protein helps to regulate energy production in the mitochondria, the cell’s powerhouse. 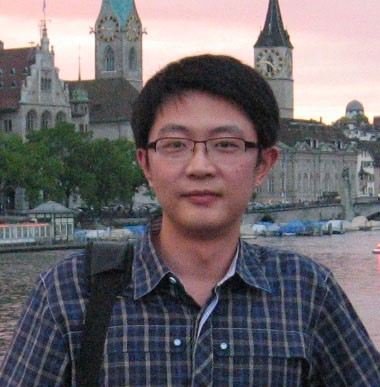 “The identification of a new function of C9orf72 protein in mitochondria provides new insights into the assembly of respiratory machineries in this important organelle,” said Tao Wang, PhD, a postdoctoral fellow in the lab, is the lead author of the study.

Jiou Wang, PhD, professor of Biochemistry and Molecular Biology, whose lab studies protein and nucleic acid homeostasis in neurodegenerative diseases, added that this finding “will contribute to our understanding of the origin of the pathologies in ALS/FTD and other neurodegenerative disorders.”

Since an international team of scientists first uncovered that as many as 45% of those with an inherited form of ALS carry a repeat expansion in C9orf72, researchers have been trying to identify how the gene contributes to disease. Scientists have identified two major ways in which the expansion can create problems: by disrupting the normal function of the C9 protein and by the production of harmful RNAs and proteins. To date, most of the work has focused on the toxicity of the expansion’s byproducts rather than how the expansion interferes with the protein’s normal function.

When the C9 protein was removed from the mouse embryonic fibroblasts, Wang and colleagues found that the most downregulated pathway was oxidative phosphorylation, the biochemical process by which cells make energy in the form of ATP.

This newly identified function for the C9orf72 protein shows how energetic stressors can lead to cell death in the absence of functional C9 protein, and that the protein plays a key role in the cell’s energy buffering capacity. The results further cement the role of energy homeostasis in ALS/FTD and the impacts of the aging process on mitochondrial function.

This post is adapted from a Packard Center Research Byte