Blood sugar control among adults with diabetes in the United States declined significantly in the past decade, according to a nationwide study from researchers at the Johns Hopkins Bloomberg School of Public Health. The findings highlight the ongoing challenges of controlling one of the nation’s most prevalent chronic health conditions.

The researchers, whose findings appear online June 9 in the New England Journal of Medicine, used data from an annual government-sponsored health study to analyze trends in blood sugar (or “glycemic”) control, as well as blood pressure and cholesterol control among adults with diabetes.

“These are concerning findings. There has been a real decline in glycemic control from a decade ago, and overall, only a small proportion of people with diabetes are simultaneously meeting the key goals of glycemic control, blood pressure control, and control of high cholesterol,” says study senior author Elizabeth Selvin, PhD, MPH, a professor in the Bloomberg School’s Department of Epidemiology.

Diabetes mostly occurs in the form of type 2 diabetes which is strongly related to diet and lifestyle factors. The disease affects more than 34 million, or 13 percent, of the U.S. adult population, according to the Centers for Disease Control and Prevention, and represents an ongoing public health crisis. By causing chronic high blood sugar and associated high blood pressure and high cholesterol, diabetes increases the risks of other serious diseases, especially cardiovascular disease and complications, including amputation and kidney disease. The traditional “ABCs” of diabetes care are to reduce chronic high blood sugar—usually measured with the hemoglobin A1C test—to keep blood pressure below hypertensive levels, and to control cholesterol levels.

For their study, Selvin and colleagues examined data from the U.S. government-supported National Health and Nutrition Examination Survey, which includes interviews and clinical exams of approximately 5,000 people across the U.S. annually, to analyze recent trends in whether adults with diabetes achieved treatment goals. Their sample consisted of 6,653 participants in the surveys from 1999 to 2018 who were at least 20 years old, not pregnant, and reported having been diagnosed with diabetes by a doctor, outside pregnancy.

“These trends are a wake-up call, since they mean that millions of Americans with diabetes are at higher risk for major complications,” says Michael Fang, PhD, a postdoctoral fellow at the Bloomberg School and lead author of the study. “Our study suggests that worsening control of diabetes may already be having a detrimental effect at the national level.”

The findings suggest that something shifted in the past decade or so to reverse—or at least slow progress—in controlling these diabetes care measures.

Selvin notes that two large clinical trials, whose results were published in 2008, may explain part of the new trend. The trials, known as the ACCORD and ADVANCE trials, found that intensive lowering of HbA1c to very low levels did not show the cardiovascular benefits people had hoped. Some trial participants who had blood sugar controlled to very low levels had increased risks of low-blood-sugar or hypoglycemia, which can be very dangerous.

“As a result of these trials, what we may be seeing is that doctors of people with diabetes may have backed off a bit on glycemic control, with potentially damaging results,” Selvin says.

She notes that since those trials, many new and improved diabetes drugs have become available. If HbA1c can be lowered with safer drugs that don’t cause hypoglycemia, then that will likely benefit most patients.

Selvin adds that blood pressure control has declined nationwide among the general population, and the blood pressure results in adults with diabetes in this study appear to follow that wider trend. 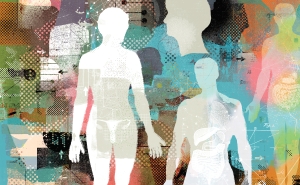 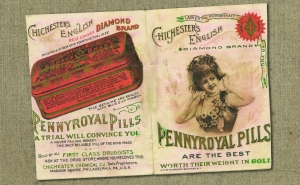 A Brief History of Abortion in the U.S. 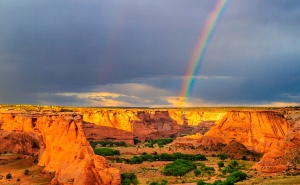