New guidelines endorsed by more than 30 leading health groups, including the American Medical Association, call for focus on addiction treatment and prevention, avoid diversion of funds to close budget gaps

A coalition of 31 professional and advocacy organizations has released a set of principles aimed at guiding state and local spending of the forthcoming opioid litigation settlement funds. The coalition, coordinated by faculty at the Johns Hopkins Bloomberg School of Public Health, is urging state and local officials to avoid the mistakes of the 1998 tobacco settlement and use the expected funds from the litigation to support efforts based in evidence that save lives. This is especially important given deaths due to opioid drug overdoses have significantly increased since the COVID-19 pandemic began, with some states reporting increases of 30 percent.

“We are still deep in the midst of an overdose crisis,” said Joshua Sharfstein, MD, Vice Dean for Public Health Practice and Community Engagement at the Johns Hopkins Bloomberg School of Public Health. “We don’t want to see a repeat of what happened with the tobacco litigation settlements where the vast majority of the funds weren’t used to address the actual public health issue at hand.” Sharfstein also directs the Bloomberg American Health Initiative at the Bloomberg School.

From 1999 to 2018, almost 450,000 people died in the United States from an overdose involving any opioid, including prescription and illicit opioids. In this time period, deaths from overdoses involving prescription opioids increased threefold. Drug manufacturers, pharmaceutical distributors, and pharmacies are expected to settle lawsuits stemming from the epidemic that could result in more than $10 billion in cash payments to states and localities.

The report, Principles for the Use of Funds From the Opioid Litigation, provides five principles to help guide spending and policies supported by the settlement funds:

1. Spend money to save lives.
Given the economic downturn, many states and localities will be tempted to use the dollars to fill holes in their budgets rather than expand needed programs. Jurisdictions should use the funds to add to rather than replace existing spending.

2. Use evidence to guide spending.
At this point in the overdose epidemic, researchers and clinicians have built a substantial body of evidence demonstrating what works and what does not. States and localities should use this information to make funding decisions.

3. Invest in youth prevention.
States and localities should support children, youth, and families by making long-term investments in effective programs and strategies for community change.

4. Focus on racial equity.
States and localities should direct significant funds to communities affected by years of discriminatory policies that now experience substantial increases in overdoses.

5. Develop a fair and transparent process for deciding where to spend the funding.
This process should be guided by public health leaders with the active engagement of people and families with lived experience, clinicians, as well as other key groups.

Given widespread budgetary shortfalls caused by the COVID-19 pandemic, the organizations urge state and local elected officials to avoid using the settlement monies to address budget gaps or other priorities. For more than 20 years, states have received payments from tobacco companies as a result of the multibillion dollar Tobacco Master Settlement Agreement in 1998. Yet year after year, states have spent a minimal amount—less than three percent of what they received in tobacco revenue by some estimates—on tobacco use prevention and cessation programs.

“As states, counties, and municipalities begin receiving funds from entities that exacerbated America’s opioid overdose crisis, it will be critical for decision makers to use that money wisely,” said Paul H. Earley, MD, president of the American Society of Addiction Medicine. “To make the most of this opportunity, state and local leaders should invest in evidence-based approaches to prevent and treat addiction, promote racial equity, and save lives.”

“What is most critical with these settlement funds is that appropriate steps be taken to ensure that dedicated funds go towards high-quality, evidence-based treatment,” said Gary Mendell, founder and CEO, Shatterproof, a nonprofit dedicated to reversing the addiction crisis in the U.S. “Equally important, is the need to invest in educating the public around substance use disorders to prevent youth from developing substance use disorders and to funding communities increasingly impacted by overdoses, who have also historically faced discrimination and racial inequality.”

"New dollars from the opioid litigation will help communities implement evidence-based programs, such as naloxone distribution and syringe service programs, that will reduce the number of people dying from drug overdoses,” said Monique Tula, executive director of the National Harm Reduction Coalition. “As they implement these principles, states, cities, and counties must include the voices of people who use drugs to make certain the programs and policies are designed to meet their needs."

The coalition, coordinated by faculty at Johns Hopkins Bloomberg School of Public Health, includes these 31 organizations:

· Columbia University Department of Epidemiology, Policy and Health Initiatives on Opioids and Other Substances

· Faces and Voices of Recovery

· FXB Center for Health and Human Rights at Harvard University

· The College on Problems of Drug Dependence 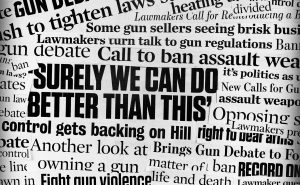