They fear a wave of suicides and domestic homicides may follow.

In a time of nationwide stress, isolation, and mourning around the coronavirus pandemic, many are turning to guns.

The soaring sales of firearms worry mental health and gun violence experts, concerned that the likely fallout will be a rise in suicides, domestic homicides, and accidental injuries and death in the weeks and months ahead.

“We have a perfect social brew for increased suicide risk—social isolation, anxiety, financial ruin,” says Daniel Webster, ScD ’91, MPH, director of the Johns Hopkins Bloomberg School of Public Health’s Center for Gun Policy and Research and one of the nation’s leading experts in the prevention of gun violence. “So many folks experiencing those sets of emotions and conditions, have access to a gun.”

The latest data from the FBI’s National Instant Criminal Background Check System raises alarms. Initiated gun background check filings for February and March totaled 6,543,155, compared to 4,698,737 in the same period last year—an increase of more than 1.8 million. And the 1,197,788 checks from March 16–22 are the most filings in a single week since NICS began in 1998. (Background checks don’t equate to individual gun sales, as one check may be for multiple gun purchases, but are generally viewed as a proxy for firearm demand.)

The rush to stock up on guns in tandem with the coronavirus pandemic is rooted in a gun-owning culture that promotes “arming up” in preparation for “a complete breakdown of society,” while a smaller group of buyers is motivated by fear of increasing government authority in this time of national emergency, says Webster.

A major concern amid the influx of guns is the clear connection between guns and suicide, he says. Suicides account for 60% of all firearm fatalities, and even before the recent run on guns, one in three U.S. households already owned a firearm.

“Guns by far are the biggest risk factor for completed suicides because they’re so lethal” says Paul Nestadt, MD, a psychiatrist and co-director of Johns Hopkins Anxiety Disorders Clinic. “Most people who attempt suicide don’t die; it’s what’s used in that attempt. We’re really set up for it to be a disaster across the board.”

He says that discussions are regularly taking place among health care providers, advocacy groups, and researchers on how best to help people who are struggling with mental health challenges at a time when their regular support structure—counseling, group therapy, family—may be inaccessible.

The same conditions that elevate suicide risk also increase the likelihood of domestic homicides, says Webster. The presence of a gun in the home with a history of violence makes a domestic homicide five times more likely than in a home without a firearm, according to Webster’s research with Jacquelyn Campbell, professor at the School of Nursing with a joint appointment at the Bloomberg School.

“Abusers like a lot of control,” says Webster, “and they’re going to feel a lot less control if they’re losing their job or the family income.”

In terms of preventing gun deaths and injuries at a time when gun stores are being emptied, there are two legal tools that Webster’s research has found to be effective: Domestic violence restraining orders prevent someone who threatens or abuses an intimate partner from buying or having a gun. A newer measure—extreme risk protection orders, in place in 18 states—provide a process for law enforcement to disarm individuals who make threats to hurt themselves or others, and apply beyond intimate partner abuse to suicide risks. Evidence shows extreme risk protection orders have reduced suicides, but the impact on homicides is not yet available.

Outside of the legal system, Webster notes that there has been movement in the suicide prevention field to draw from campaigns that helped to shift attitudes around drunk driving. Someone concerned about a person at risk of suicide with access to guns, might say “’Can I keep your gun for a little while until you’re in a better place?’” to get around some of the stigma connected to talking about suicide risk,” he says.

Although we’re living in unprecedented times and predictions are risky, Webster says that community gun violence (street shootings) may decline while people, for the most part, are confined to their homes.

“My main concern,” he says, “is within the home environment.”

Jackie Powder is an assistant editor in the Communications & Marketing Office at the Johns Hopkins Bloomberg School of Public Health. 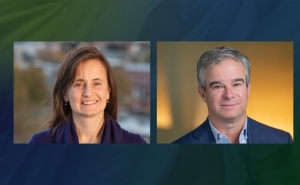