Anopheles mosquitoes that have been genetically engineered with multiple anti-malaria molecules, acting at different stages of the malaria life cycle, are strongly resistant to the parasite that causes malaria and are unlikely to lose that resistance quickly, according to a study from scientists at Johns Hopkins Bloomberg School of Public Health.

The study, published May 13 in the journal Science Advances, is an early-stage laboratory demonstration that will be followed by further testing. The findings suggest that releasing such mosquitoes in areas where malaria is endemic could dramatically reduce local, mosquito-borne transmission of malaria to humans for prolonged periods.

“We were able to achieve a very efficient suppression of infection in the mosquitoes by combining antimalarial proteins that would be difficult for the parasite to evade,” says senior author George Dimopoulos, PhD, professor in the Department of Molecular Microbiology and Immunology at the Bloomberg School.

Malaria is caused by Plasmodium parasites, which infect certain mosquito species and can be transmitted among humans and other mammals via mosquito “bites.” The disease continues to be one of the world’s top public health threats, accounting for about 200 million clinical cases and 400,000 deaths per year, mostly children under age five in sub-Saharan Africa.

Decades of efforts towards a malaria vaccine have resulted so far in just one product. In a large clinical trial, the vaccine reduced serious malaria cases by only about 30 percent—far from the near-complete protection provided by modern vaccines against most viruses and bacteria. Antimalaria drugs are available but have significant side effects, provide incomplete protection against malaria symptoms, and do not prevent human infection by the parasite.

A newer approach, inspired by the emergence of genetic engineering technology, is to create populations of mosquitoes that carry genes conferring resistance to malaria parasites. In theory, releasing such mosquitoes into the wild would lead to the spread of those genes in local mosquito populations, a consequent decline in Plasmodium infection in the mosquitoes, and thus a decline in mosquito-borne transmission of malaria to humans.

Scientists since the late 1990s have reported numerous strategies for engineering malaria resistance into mosquitoes. However, the malaria parasite is a relatively large organism compared to bacteria and viruses; it has thousands of genes with which it can evolve ways to survive and keep proliferating in its mosquito or mammalian hosts despite attacks from antimalarial drugs or other factors.

In the new study, Dimopoulos and his team engineered Anopheles mosquitoes with a combination of multiple antimalarial effector proteins that block infection. This strategy minimizes the parasite’s chances of developing resistance to the effector proteins and resume the parasite’s ability to be transmitted to and infect humans. One element of the strategy was a single artificial gene, or transgene, encoding five proteins that are known to kill malaria parasites; these included Shiva 1, a toxin from spider venom; Scorpine, a toxin from scorpion venom; and Melittin, a toxin from bee venom.

The scientists found that both of these combination approaches succeeded in greatly suppressing infection of mosquitoes by Plasmodium falciparum, the parasite species that causes most of the serious cases of malarial illness and nearly all malaria deaths. The degree of suppression was more than enough, in principle, to eliminate or greatly reduce malaria transmission to humans by such engineered mosquitoes.

Mosquitoes carrying the foreign, insect-venom genes were found to have suffered a slight “fitness cost” in terms of reduced lifespan, which in the wild would result in the loss of these genes from the mosquito gene pool over time. However, in practice, antimalarial transgenes can be engineered into mosquitoes with so-called “gene drives” that overcome normal mechanisms of heredity and essentially force the antimalarial transgenes into a high percentage of mosquito offspring. This strategy, if proven successful, could one day convert a malaria-transmitting mosquito population to one that can’t transmit the parasite.

Dimopoulos and his team now plan to follow up by integrating their antimalarial transgenes into gene drive systems and by modeling the effects on malaria transmission of releasing these engineered mosquitoes in the wild.

“Ultimately, transgenic mosquito-based strategies like ours probably will advance to the point that there will be test releases of engineered mosquitoes under controlled conditions,” Dimopoulos says. “Once those studies show there is no danger, then I think that people will be more open to this type of approach to malaria prevention.“Versatile transgenic multi-stage effector-gene combinations for Plasmodium falciparum suppression in Anopheles” was written by Yuemei Dong, Maria L. Simões, and George Dimopoulos. 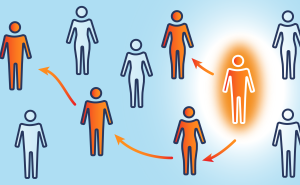 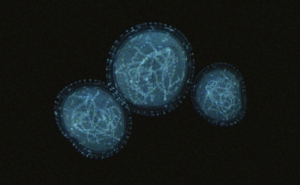 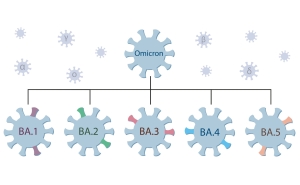 An Update on Omicron Subvariants