40 Years in a Post-Smallpox World

As the massive, wearisome effort to stop the novel coronavirus pandemic presses on, it’s worth pausing to remember the successful eradication of another highly infectious and deadly virus: smallpox.

Today, the world celebrates the 40th anniversary of the World Health Assembly’s 1980 declaration that smallpox had been eradicated—the first such success in history.

By no means novel, smallpox is the biggest killer in world history, causing an estimated 400 million cumulative deaths over 3,000 years—300 million in the 20th century alone. Although smallpox and SARS-CoV2 share many characteristics, including widespread transmission in humans, SARS-CoV2 is an unlikely candidate for eradication, since, unlike smallpox, it lives in animals and will continue to pose the threat of zoonotic transmission. But it may be possible to eliminate SARS-CoV2—reduce the number of cases in a defined population to zero and keep it there through continued prevention efforts, including surveillance and vaccinations.

How did the World Health Organization decide to tackle the Herculean goal of eradicating smallpox? One part of the answer lies in the history of the Communicable Disease Center of the U.S. Public Health Service, which was an integral partner with WHO. In 1958, the U.S. State Department requested CDC assistance to quell a smallpox epidemic in East Pakistan. Smallpox was entering Europe from South Asia and could potentially reach American shores. Alexander Langmuir, MD, MPH ’40, left the Epidemiology faculty at the then-Johns Hopkins School of Hygiene and Public Health for the CDC, where he founded its Epidemic Intelligence Service. Recent EIS graduate D.A. Henderson, MD, MPH ’60, joined him in seizing the moment for the CDC to extend its mission into foreign countries. They also wanted to build the CDC’s capacity to investigate smallpox and saw foreign experience as a valuable training tool. As Henderson noted in a 2009 interview, EIS officers who went overseas “would come back with a different way of looking at public health in the United States. [They would see] a health system in a developing country and how they handled things differently,” which gave the epidemiologists-in-training a deeper understanding of how to solve problems. Henderson, who directed the CDC Surveillance Section from 1961 to 1965, monitored smallpox and sent more and more EIS officers to fight it. The effort showcased the CDC’s unique epidemiological expertise.

Early Soviet successes in eliminating smallpox helped convince the World Health Assembly to approve a resolution to launch a global eradication campaign in 1959, but WHO Director-General M.G. Candau, MD, MPH ’41, was skeptical of whether global eradication could be achieved. In 1966, even with a U.S. commitment of annual funds, an intensified global smallpox eradication program only passed in the World Health Assembly by a narrow two-vote margin. Candau tapped Henderson, his fellow Hopkins alum, to head it because he wanted an American to take responsibility in the event of failure. Henderson wanted to focus on eliminating smallpox from West Africa, where it was still endemic, and viewed WHO as “a dysfunctional bureaucracy that was incapable of managing a global disease eradication campaign—particularly given the director-general’s obvious lack of commitment to that goal.”

The program might have fizzled out if not for one of Langmuir and Henderson’s EIS graduates, William Foege. In the late 1960s, Foege pioneered the brilliant ring containment strategy in East Africa. The strategy focused on vaccinating active cases, all their contacts, and their contacts’ contacts. This conserved vaccines and made eradicating smallpox possible in even the most remote, difficult environments. Foege rose to direct the smallpox eradication efforts within the CDC.

In 1977, the year that the world’s last smallpox case was recorded in Somalia, Foege was appointed director of the CDC and Henderson was named dean of what is now the Bloomberg School. In addition to more than 50 journal articles on smallpox, Henderson coauthored with WHO colleagues the official 1,500-page history of the WHO eradication campaign, Smallpox and Its Eradication, published in 1988 and known as “the big red book.” The tome’s abstract calls the eradication of smallpox “unprecedented in scope and unparalleled in the magnitude of its achievement, [which] transformed smallpox from a universally dreaded disease to one the world could safely forget.”

The means of the smallpox eradication—meticulous surveillance, careful contact tracing, targeted vaccinations, and international cooperation—are worth remembering. They are precisely the tools that need to be sharpened and used to end the COVID-19 pandemic. 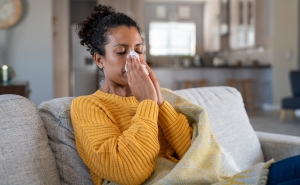 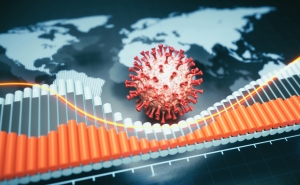 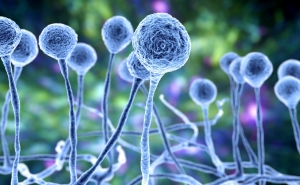