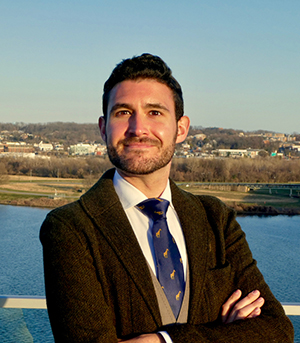 A recent study elicited for the first time the value that a community in a low-income setting puts on its health. Led by Dr. Bryan Patenaude, a health economist and assistant professor in the Department of International Health at the Johns Hopkins Bloomberg School of Public Health, the study calculated the first value of a statistical life-year (VSLY) for a low-income setting. The study provides some of the first empirical evidence that the standard practices employed by the World Health Organization (WHO) and other public health organizations for determining whether an intervention is cost-effective are likely causing users to significantly underestimate the cost-effectiveness of many life-saving public health interventions in low-income settings.

In health economics, the VSLY is a reference point that can help governments decide which life-saving interventions to prioritize and allocate resources to. The VSLY captures the demand-side of the market for health by telling governments or other health policymakers how much individuals in a community value, in economic terms, improving their own health. Specifically, the VSLY measures the price, on average, that a group of individuals is willing to invest in order to gain an additional year of life for a member of that group. This amount then can be utilized as a threshold for determining cost-effectiveness for life-saving or life-improving interventions.

Evidence on VSLY estimates has historically been lacking in sub-Saharan Africa, the region with the lowest life expectancies and highest burden of disease. In the absence of defined data on the VSLY for the region, the WHO and other organizations have been using thresholds based on VSLY estimates derived from the United States and scaled to low-income settings or, more commonly, arbitrary multiples of per capita gross domestic product (GDP). The thresholds are used to determine the cost-effectiveness of a health intervention, with an intervention considered cost-effective if it gains one life year at a cost of less than 3 times the per-capita GDP and highly cost-effective if it costs less than 1 times per capita GDP per life year gained.

Patenaude’s study in Ukonga, Tanzania, however, yielded a VSLY number of 4.5 times per capita income–much higher than the standard employed for similar low-income communities. The finding suggests that in the past, many health interventions have been evaluated for cost-effectiveness using a threshold much lower than the community itself would have set.  Moreover, the findings show that the criteria for determining cost-effectiveness of public health interventions should be re-evaluated.

“GDP is not an appropriate metric for how much society values health or for cost-effectiveness, because it only reflects the formal economy and because health has intrinsic value beyond economic productivity,” Patenaude explains. “By using GDP-based thresholds and without understanding the more comprehensive value that individual communities place on improving their own health, we are not accurately capturing the demand-side of the health equation and are likely taking efficient and effective policies and interventions out of consideration,” he says.

The study interviewed participants directly on their willingness to pay for certain reductions in their risk of mortality. The survey included questions on perceived health status, household food security, employment status and monthly earnings. In order to assess willingness to pay, participants were given different amounts of annual reoccurring values and were told to say when a value was deemed too high to pay for an annual 2% reduction in their risk of death. Vignettes, designed through local focus groups, were used to describe to individuals the meaning and size of the risk reduction in contextually and culturally relevant manner. The study is the first survey-based study of its kind to estimate VSL and VSLY estimates for a community in sub-Saharan Africa.

Going forward, the study’s authors strongly urge organizations to stop using the multiples of between 1 and 3 of per-capita GDP estimates, and to use thresholds based on the true preferences of the specific communities, regions or countries for whom policies are targeted. The study provides a template for conducting similar population-level surveys in other low-income settings.

The value of a statistical life-year in sub-Saharan Africa: Evidence from a large population-based survey in Tanzania was written by Bryan Patenaude, Innocent Semali, Japhet Killewo and Till Bärnighausen.