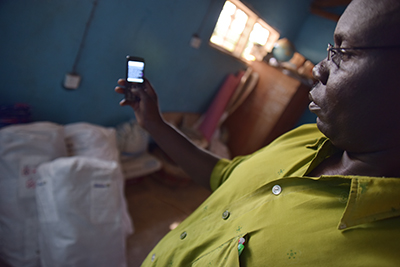 Few scholars have focused on the ethics of mobile health (mHealth) for active surveillance of risk factors for non-communicable diseases (NCDs) in low- and middle-income countries (LMICs). A new study led by the Johns Hopkins Bloomberg School of Public Health research team under the Bloomberg Philanthropies Data for Health Initiative (D4H) sought to address this gap by surveying global stakeholders to identify ethics-related knowledge and perceptions on the use of mobile phone surveys (MPS) to gather NCD risk factor information in LMICs.

The study was published in January by Global Public Health.

The study is believed to be the first of its kind to identify ethics-related attitudes and practices of stakeholders invested in the conduct and oversight of mHealth in LMICs. Global stakeholders consisting of those experienced in law, mHealth, ethics, social science, NCDs, public health surveillance and MPS technology were surveyed. Respondents came from 40 countries, with 61% indicating a nationality corresponding to a developing region. Nearly three-quarters reported that “close to all” of their professional time takes place in, or directly involves, LMICs.

”We found that while there was strong support and enthusiasm for mobile phone surveys overall, the majority of stakeholders expressed that the current ethical and regulatory requirements for conducting the surveys were unclear or inadequate, potentially due to a lack of guidance on the use of digital technologies for active surveillance,” says lead author Joseph Ali JD, an assistant professor in the Bloomberg School’s Department of International Health and associate director for global programs at the Johns Hopkins Berman Institute of Bioethics. The study also note that ethics guidelines for mobile and digital health may be context and technology specific, and that the study’s findings can inform the process of developing such guidance for mobile phone-based active disease surveillance.

The most challenging ethical issues identified were concerns over privacy and confidentiality, specifically regarding who has access to data. The majority of respondents expressed that data obtained from the MPS should be restricted to uses that support public health, and that those administering the survey and national governments should have access over those in the private sector. At the same time, the majority of stakeholders believed that information about disease risk factors can be collected more privately over pre-recorded mobile phone surveys than in face-to-face surveys.

While most felt that the potential benefits of MPS, such as low-cost development and deployment of the technology and ability to access hard-to-reach populations, would outweigh the potential harms, they recognized that certain populations may be systematically underrepresented due to gender- or income-based inequalities in mobile phone access or use. Therefore, MPS should be seen as a supplement and not a replacement for other types of surveillance methods.

Mobile health technologies present an important opportunity as a means of collecting key public data around the world, especially in hard-to-reach areas in LMICs. This global stakeholder survey is an important step in gathering ethics-related attitudes and knowledge from experts in the conduct and oversight of mHealth. Going forward, context-specific ethical guidelines need to be established for MPS and more research needs to be conducted on best practices for mHealth as an active public health surveillance method, including to optimize approaches to consent and other ethics and regulatory aspects of survey implementation. The full study can be found here.

The study was funded by the Bloomberg Philanthropies.