The 2018 International Conference on Family Planning

Investing for a Lifetime of Returns

This week, the Bill & Melinda Gates Institute for Population and Reproductive Health and the Ministry of Health of the Republic of Rwanda are cohosting the 2018 International Conference on Family Planning (ICFP) in Kigali, Rwanda from November 12-15.

Since 2009, the world’s largest academic conference on family planning has convened every other year. In its fifth iteration, ICFP will bring global policymakers and researchers, young people and family planning advocates from over at least 75 countries to Kigali where they’ll share the latest family planning research and innovations, celebrate progress, and highlight the role of political and financial leadership in increasing family planning access and options.

The official conference theme, “Investing for a Lifetime of Returns,” highlights the extensive and far-reaching social and economic dividends that family planning investments yield. 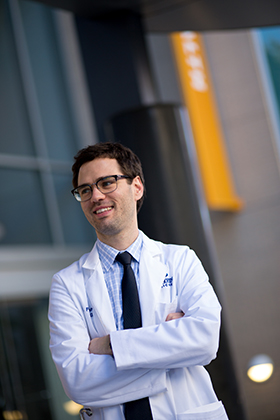 Timothée Fruhauf, MD ’18, MPH ’17, former Sommer Scholar and current OB-GYN resident at Johns Hopkins, is among some 30 Bloomberg School and Hopkins affiliates who will be presenting this week in Kigali. Fruhauf’s research, co-authored with Professor Siswanto Wilopo, former Dean of the School of Public Health at Gadja Madah University in Indonesia, and Population, Family and Reproductive Health professor and former Gates Institute director Amy Tsui, PhD, MA, examines how provider supply of contraceptives in Indonesia has changed under new national health insurance programs.

Indonesia has been lauded as one of the world’s success stories in terms of family planning initiatives. Since the 1980s, the southeast Asian country’s contraceptive prevalence rate grew exponentially from about 44 percent to top 61 percent in 2000. But rates have not changed since and in 2017, overall prevalence began to decline slightly despite the 2014 introduction of universal health coverage through a national health insurance program.

To identify reasons for the recent decline, Fruhauf, Wilopo and Tsui looked at data for married women in Indonesia. They found that the majority of Indonesian women prefer “injectables”—a group of contraceptives including the Depo-Provera shot—administered by midwives. But care from most midwives is not covered under the country’s new insurance program.

“Part of the reason contraceptive prevalence got so high [in Indonesia] is because everyone was using that injectable and had ready access through midwives,” Fruhauf says. “[The insurance scheme] is not taking into account the current method choice that Indonesia is so well known for … it’s one thing to have universal health coverage—it’s another to actually be able to access family planning through that coverage.” 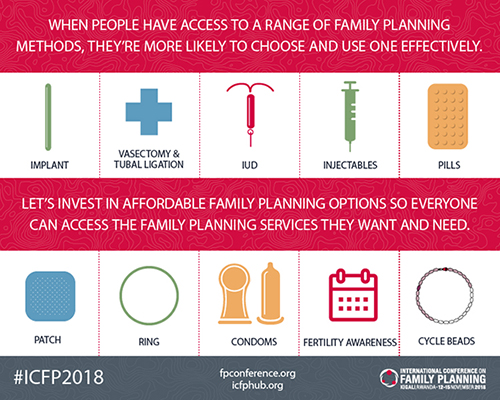 Despite its previous successes, Indonesia now faces a challenge confronting countries around the world: how to sustain momentum and increase contraception access.

“I think it’s very fitting to start talking about not only how do we increase contraceptive access, but how do we sustain momentum and success once we’re there?” Fruhauf says. He hopes discussions at the fifth ICFP will include the challenges of assessing and maintaining success in countries that have done well so far in terms of increasing access and prevalence.

For several years before starting medical school, Fruhauf was a researcher with the Gates Institute, where he worked on early implementation of a major data collection project, Performance, Monitoring and Accountability (PMA2020). The data used in this study came from that platform.

A current OB-GYN resident at Hopkins, Fruhauf says access to contraception is an engaging research subject for him.

“I was particularly interested in Indonesia because it’s often promoted as a big success story,” he says. “This country has been really successful in granting women access to the contraception that they want. I want it to go further and become an even bigger success story. I want to know what it takes to sustain momentum for Indonesia.”

To learn more about the fifth annual International Conference on Family Planning—including the Virtual Conference Program—please visit the ICFPHub.