Getting Past the "Ick" Factor 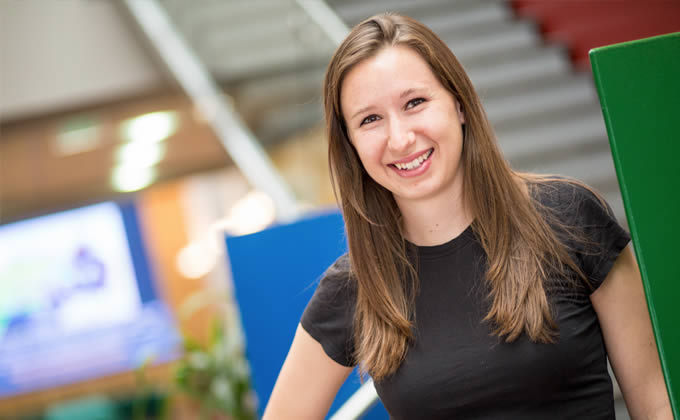 By now, Ann Schraufnagel is accustomed to awkward responses when asked what she’ll be researching on her reporting trip to India this month as the 2015 Johns Hopkins-Pulitzer Center Global Health Reporting Fellow.

“Pooping is not necessarily something that a lot of people are eager to talk about,” says Schraufnagel, who earned her MPH from the Bloomberg School last month. The fourth-year medical student will spend five weeks in India this summer exploring the topic of open defecation and reporting on the public health and societal impacts of the behavior.

“It’s a complicated subject, and needs to be discussed,” insists Schraufnagel, the third recipient of the Johns Hopkins-Pulitzer $5,000 Global Health Reporting Fellowship.  A collaboration of the Bloomberg School and the Pulitzer Center for Crisis Reporting, the award offers public health students an opportunity to work with seasoned journalists at the Washington D.C.-based Pulitzer Center in order to document important and frequently neglected global health problems.

Although Schraufnagel’s topic may induce giggles, open defecation as practiced by more than 600 million Indians every day, is linked to the spread of diarrheal diseases, stunting of children and sexual violence against women.

The problem is complex, she says, and the solution isn’t simply a matter of building more toilets.

In some areas where open defecation occurs, community latrines or “pits” are available, she explains, but residents are reluctant to use them because often the facilities are not adequately maintained.

Schraufnagel, who will be based in Bihar, India, plans to interview health officials and people who relieve themselves in the open, as well as supporters and opponents of “My Clean India,” a government program that seeks to end open defecation by 2019. She will also write about the work of Humanure Power, a nonprofit working to address the problem.

Schraufnagel plans to write two stories based on her reporting and create a photo slideshow with audio. Her work will be published in Johns Hopkins Public Health.

She received the Robert F. Kennedy Award for College Journalism, which honors reporting on human rights violations and efforts to foster positive global change, and she was awarded the first-place Mark of Excellence Award from the Society of Professional Journalists.

“The more I learn about public health,” Schraufnagel says,  “the more I think that telling a story is an important way to raise awareness of an issue and promote change.”