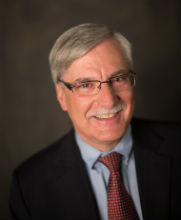 Michael J. Klag, MD, MPH '87, dean of the Johns Hopkins Bloomberg School of Public Health, has been appointed to the Board of Trustees of The David and Lucile Packard Foundation.

“Mike Klag’s dedication to improving the health and lives of families is in direct alignment with the goals and values of this foundation,” says Susan Packard Orr, who chairs the board. “He will bring a global perspective and be a tremendous asset to our efforts.”

The David and Lucile Packard Foundation is a private family foundation created in 1964 by David Packard (1912–1996), cofounder of the Hewlett-Packard Company, and Lucile Salter Packard (1914–1987). The Foundation provides national and international grants to nonprofit organizations in the following program areas: Conservation and Science; Population and Reproductive Health; Children, Families, and Communities; and Local Grant-making, which includes support for a wide variety of activities including direct services, research and policy development, and public information and education.

Klag is an internist and epidemiologist who earned his medical degree at the University of Pennsylvania and his MPH degree from the Johns Hopkins Bloomberg School of Public Health. He held a number of leadership positions at the Johns Hopkins University School of Medicine and, since becoming dean of the Bloomberg School, has been a strong advocate for programs that support women and children’s health.

“The David and Lucile Packard Foundation has a rich history of supporting high-impact initiatives that help strengthen our environments, advance science, and improve the lives of children and families everywhere,” Klag says. “I look forward to helping advance the mission of the foundation.”