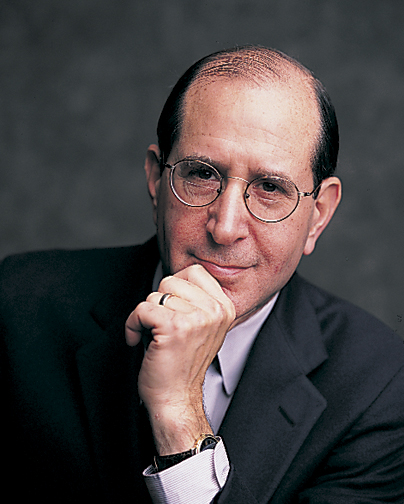 Alfred Sommer, MD, MHS, University Distinguished Service Professor of Ophthalmology, in the School of Medicine, and Epidemiology and International Health and dean emeritus of the Johns Hopkins Bloomberg School of Public Health, has been named a Dan David Laureate for his groundbreaking research into vitamin A. Sommer’s studies determined that vitamin A supplementation could save millions of children's eyesight and lives, and is considered among the most cost-effective health interventions in the world.

The Dan David Prize, an internationally distinguished award, is named after businessman and philanthropist Dan David and is administered by Tel Aviv University. It recognizes outstanding achievement in chosen, rotating fields, judged important to the "past,” "present," or "future". Sommer is being honored in the “future” category, which this year recognizes achievement in preventive medicine. Sommer will share the $1 million prize with economist Esther Duflo of the Massachusetts Institute of Technology, whose work on social conditions and strategies related to the alleviation of poverty deals directly with prevention of disease. As is tradition, Dan David Prize recipients donate 10 percent of their prize money to graduate students in their respective fields.

Trained in ophthalmology and epidemiology, Sommer proved that vitamin A deficiency dramatically increased childhood morbidity and mortality from infectious disease. He further demonstrated that a 4-cent dose of vitamin A not only prevented and cured eye disease, but also reduced childhood deaths by 34 percent. Because of his work, the World Health Organization, UNICEF and their partners now annually provide more than half a billion high-dose vitamin A supplements to children around the world, saving literally hundreds of thousands of lives each year.

“Al Sommer is one of the true giants of public health. His discoveries have saved millions of children worldwide,” said Michael J. Klag, MD, MPH, dean of the Bloomberg School of Public Health. “The Dan David Prize is a tremendous honor for Al and for the entire Bloomberg School community.”

The Dan David laureates will receive their awards at a ceremony held at Tel Aviv University on June 9, 2013.