Thomas LaVeist Elected to the Institute of Medicine 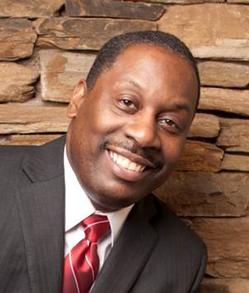 Thomas A. LaVeist, the William C. and Nancy F. Richardson Professor in Health Policy and Management at the Johns Hopkins Bloomberg School of Public Health, and founding director of the Hopkins Center for Health Disparities Solutions, has been elected to the Institute of Medicine (IOM) of the National Academy of Sciences. LaVeist’s research focuses on understanding health disparities, such as the racial health gap in infant mortality rates, as well as the impact of socio-economic status on health outcomes.

“Election to the Institute of Medicine is a great and well deserved honor,” said Michael J. Klag, MD, MPH ’87, dean of the Bloomberg School of Public Health. “As the makeup of the U.S. population shifts, attention to disparities in health outcomes and access to care will become increasingly important to everyone. Thomas’s work continues to advance our understanding of health disparities and their contributing factors.”

Throughout this career, LaVeist has published more than 100 scientific articles, five books, and numerous policy briefs and reports. In 2012 he organized the International Conference on Health in the African Diaspora (ICHAD).  The event, featured iconic poet Sonia Sanchez as the keynote, gathered scholars from throughout the Western Hemisphere who work on health issues among African descendants. He is currently developing a documentary film and book project titled The Skin You’re In that will communicate the scientific reasons and recommended solutions for the African-American health disparity.

LaVeist received his bachelor’s degree in sociology from the University of Maryland Eastern Shore, which he attended on a football scholarship. He earned his doctoral degree from the University of Michigan (PhD, Medical Sociology). His PhD dissertation was awarded the 1989 “Roberta G. Simmons Outstanding Dissertation Award” from the American Sociological Association. He joined the faculty of the Johns Hopkins Bloomberg School of Public Health in 1990. He was appointed a Brookdale National Fellow in 1991, awarded the “Knowledge Award” from the U.S. Department of Health and Human Services, Office of Minority Health, in 2006, and the “Innovation Award” from the National Institute on Minority Health and Health Disparities of the National Institutes of Health in 2008.

In addition to LaVeist, the Bloomberg School of Public Health has 17 faculty elected to the IOM, as well as faculty serving on IOM committees.