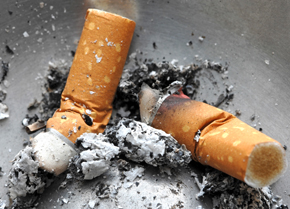 Findings published today in the Journal of the American Medical Association, Internal Medicine

Forget New Year’s; a study published today in the JAMA Internal Medicine found that Mondays are when smokers are most likely to think about quitting.

Researchers from San Diego State University, the Santa Fe Institute, The Monday Campaigns and the Johns Hopkins Bloomberg School of Public Health monitored global Google search query logs from 2008 to 2012 in English, French, Chinese, Portuguese, Russian, and Spanish for searches related to quitting, such as “help quit smoking,” to examine weekly patterns in smoking cessation contemplations for the first time.

The study found that people search about quitting smoking more often early in the week, with the highest query volumes on Mondays, using a daily measure representing the proportion of quit smoking searches to all searches. This pattern was consistent across all six languages, suggesting a global predisposition to thinking about quitting smoking early in the week, particularly on Mondays.

According to the study’s lead author, San Diego State University’s John W. Ayers the team’s findings may upend the way health officials and clinicians approach smoking cessation. “Popular belief has been that the decision to quit smoking is unpredictable or even chaotic,” said Ayers. “By taking a bird’s-eye view of Google searches, however, we find anything but chaos. Instead, Google search data reveal interest in quitting is part of a larger collective pattern of behavior dependent on the day of the week.”

Tapping into this collective mindset can impact programs designed to encourage quitting, according to Joanna E. Cohen, coauthor and director of the Johns Hopkins Institute for Global Tobacco Control. “Campaigns for people to quit may benefit from shifting to weekly cues,” said Cohen. “We know it takes smokers many quit attempts before they succeed, so prompting them to try again on Mondays may be an effective and easy to implement campaign.”

Morgan Johnson, co-author and Research Director for The Monday Campaigns, which sponsored the research, added “whether it’s scheduling staff hours or buying media time, you are better off reaching people when they’re thinking about their smoking habit, and Monday seems to be an ideal time. Moreover, social support is an important factor in helping people quit smoking; knowing they are not alone when reaching out for information can help them follow- through on their intentions to quit.”

With these findings, the team has opened up several new avenues of scientific study. “Our discovery of weekly rhythms in smoking cessation behaviors begs other investigators to think about possible mechanisms and other behaviors,” said Benjamin Althouse, a Santa Fe Institute Omidyar Fellow. “Just what is it about the days of the week and how ubiquitous are these patterns?”

Regardless, the study has a compelling lesson for smokers, concluded Ayers. “If you’re a smoker, just remember: quit this Monday. Everyone else is doing it.”