Talking openly about family planning is not typical for people who live in poor communities in India where knowledge about contraception is low. Nonetheless, limiting family size can be an attractive decision when considering its potential to save money.

As part of the Bill and Melinda Gates Foundation’s Urban Health Initiative, the Happy Dampatti (Happy Couples) show highlights individuals who are using birth control effectively to delay or limit family size. Through their participation, couples share their stories, act as role models and help create an environment that makes it possible to talk openly about sexual practices such as male sterilization and the consistent use of condoms.

Since the beginning of the Urban Health Initiative, thanks to Happy Dampatti and other community mobilization and demand generation activities, more than 2,000 women and 300 men have opted for sterilization, nearly 4,000 people have had intrauterine contraceptive devises implanted and more than 2,200 women have begun using injectable contraceptives in the target communities.

A recent article in Outlook, a top-selling Indian magazine, describes the program. 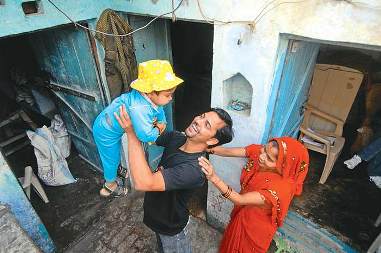