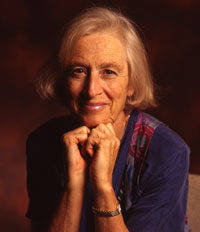 Barbara Starfield, professor of Health Policy and Management at the Johns Hopkins Bloomberg School of Public Health, passed away June 10. She was 78.  Starfield died of an apparent heart attack in California while swimming in a pool—an activity she dearly loved, according to her family.

“Our School has lost one of its great leaders. Barbara was a giant in the field of primary care and health policy who mentored many of us and was greatly admired,” said Michael J. Klag, MD, MPH, dean of the Bloomberg School of Public Health.

Starfield was an accomplished researcher and champion of the need for a strong primary care system in the U.S. and worldwide. Her work led to the development of important methodological tools for assessing diagnosed morbidity burden, including the Adjusted Clinical Groups® (ACG®) System, the Primary Care Assessment Toolsl and the CHIP tools for assessing adolescent and child health status.

“Barbara was passionate about her life’s work and steadfast in her belief that a quality primary care system is critical to the future of health care in this country and worldwide,” said Ellen MacKenzie, PhD, the Fred and Julie Soper Professor and Chair of the Department of Health Policy and Management. “She will be missed at so many levels and by so many people.”

Originally, from Brooklyn, N.Y., Starfield attended Swarthmore College where she graduated with honors in 1954. She went on to earn her medical degree from State University of New York, Downstate Medical Center, where she graduated magna cum laude in 1959. Starfield came to Johns Hopkins in 1959 as an intern and assistant resident in pediatrics at the Harriet Lane Home at the Johns Hopkins Hospital. She joined the School of Hygiene and Public Health in 1962 where she earned her master of public health degree in epidemiology. As a professor, she went on to lead the Division of Health Policy in the Department of Health Policy and Management from 1975 to 1994. After stepping down as division head, Starfield remained an active member of the faculty and was founding director of the Primary Care Policy Center. Starfield also held an appointment as professor in the Department of Pediatrics at the Johns Hopkins School of Medicine. She was named University Distinguished Service Professor in 1994.

Starfield was greatly admired as researcher, teacher and mentor to many colleagues, friends and students around the world. Among her many accomplishments, Starfield was the co-founder and first President of the International Society for Equity in Health, a scientific society devoted to contributing knowledge to assist in the furtherance of equity in the distribution of health. She served on many government and professional committees, including the National Committee on Vital and Health Statistics and the American Academy of Pediatrics. She was also a member of the Institute of Medicine and served on its governing council.

The family will hold private remembrance gatherings this week in California and New York. We plan to hold a memorial at the Bloomberg School in October. In accordance with Barbara's wishes, the family asks that donations in her honor be made to The Health Research Group, 1600 20th Street, NW, Washington DC 20009.