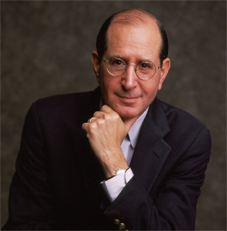 Alfred Sommer, MD, MHS, dean emeritus of the Johns Hopkins Bloomberg School of Public Health has been named the 2011 recipient of the Laureate Recognition Award by the American Academy of Ophthalmology.  The award is the Academy’s highest honor and recognizes ophthalmologists who have made exceptional scientific contributions towards preventing blindness and restoring sight worldwide. Sommer was selected for his pioneering research into vitamin A deficiency, which has saved millions of children from blindness and death and for his leadership in developing the Academy’s clinical guidelines, the Preferred Practice Patterns. The guidelines were initiated in the late 1980’s and remain a pre-eminent activity of the Academy.

Sommer, who is also a professor of epidemiology, international health and ophthalmology at the Bloomberg School and the Johns Hopkins School of Medicine, has authored more than 300 scientific publications and five books. Based on his research and recommendations, vitamin A supplementation has been judged as one of the most cost effective medical interventions of all times and continues to be implemented in countries across the globe. In addition to being a Laureate Award recipient, Sommer was recently inducted into the American Society of Cataract and Refractive Surgery’s Ophthalmology Hall of Fame.

American Academy of Ophthalmology is the largest national membership association of Ophthalmologists whose mission is to advance the education and interests of ophthalmologist ensuring the best quality of eye care for the public. According to the Academy, the Laureate Recognition Award may be given by their Board of Trustees  to individuals who developed new techniques accepted worldwide; made a seminal invention or adapted a previous technology; introduced a new treatment modality; discovered the etiology of a disease state; reassessed previous findings, resulting in a significant shift in treatment; established new standards of quality care in ophthalmology; made breakthroughs in genetic understanding; conducted primary research in new pharmacological product or made a significant advance in eye care worldwide. Awardees are granted lifetime membership in the Academy as well as open attendance to any annual meeting, symposia, educational event or exhibit. The prestigious award will be presented at the opening session of the Academy’s 115th Annual Meeting on October 23.