The Forever War: Malaria versus The World

On November 16, the Johns Hopkins Bloomberg School of Public Health hosted “The Forever War: Malaria versus The World,” a half-day symposium calling attention to the global burden imposed by malaria. The event, held at the New York Academy of Science in New York City, also marked the tenth anniversary of the Johns Hopkins Malaria Research Institute, a state-of-the-art research facility at the Bloomberg School of Public Health focused on a broad program of basic science research to treat and control malaria.

Worldwide, malaria afflicts hundreds of millions of people. Each year, the disease kills approximately 1 million people, many of whom are children living in Africa. 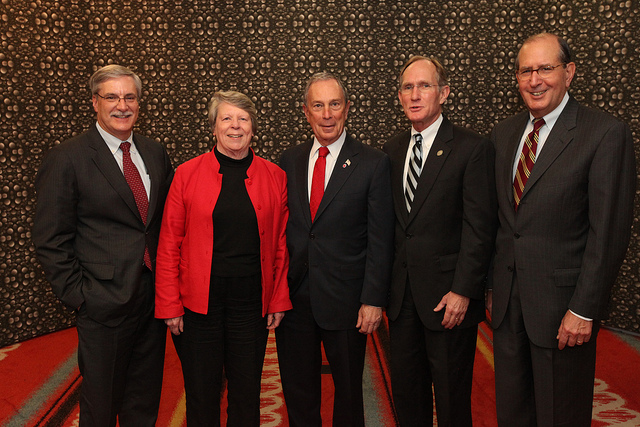 The symposium highlighted some of the groundbreaking research conducted by the Johns Hopkins Malaria Research Institute and other scientists working to end malaria. Nobel Laureate Peter Agre, director of the Johns Hopkins Malaria Research Institute, moderated the presentation, which included discussions of interventions in Macha, Zambia that have reduced malaria locally by 90 percent, the development of a genetically modified malaria-resistant mosquito, and understanding of genetics of the parasite that causes malaria.