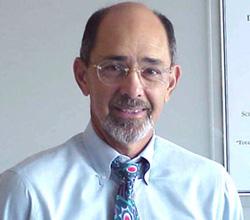 On June 17, the Johns Hopkins Bloomberg School of Public Health celebrated the distinguished career of Bernard Guyer. Guyer, the Zanvyl Krieger Professor of Children’s Health, recently announced his retirement after four decades of working to improve the health of mothers, children and families worldwide. The distinguishing feature of his career has been the use of rigorous data analysis and effective translation of data into programs and policy to advance maternal and child health, with a focus on childhood immunization and injury prevention, strategies to reduce infant mortality and early child health and development. Guyer’s work in both the academic and practice worlds of public health has been the foundation for his outstanding contributions to maternal and child health. His experience in West and Central Africa, in particular, provided a strong grounding for his later research.

Trained in pediatrics, Guyer earned his medical degree in 1970 from the University of Rochester School of Medicine and Dentistry. Between 1972 and 1977 he served as an officer, first, in the Epidemic Intelligence Service at the CDC and, then, in the Smallpox Eradication and Measles Control Program in Central Africa. As maternal and child health director in the Massachusetts Department of Public Health from 1979 to 1986, he established one of the first maternal and child health research units in a public health department, setting a precedent for maternal and child health epidemiology to influence state programs and policy through evidence-based research and evaluation.

His 1982 article in the New England Journal of Medicine comparing neonatal mortality rates in Sweden and Massachusetts was the first to attribute higher U.S. mortality to higher rates of low birth weight.

Guyer joined the Johns Hopkins faculty in 1989 as professor and chair of the Department of Maternal and Child Health and chaired the new Department of Population and Family Health Sciences from 1998 to 2003. Prior to coming to Johns Hopkins, he directed the injury prevention center and coordinated the Master of Public Health Program at the Harvard School of Public Health

Over the past twenty years in Baltimore, Guyer has been a strong collaborator with colleagues at the city and state levels. He has carried out research on reducing infant mortality, improving immunization coverage and on the health of populations in disadvantaged urban neighborhoods. He has served as chair of the Governor’s Commission on Infant Mortality Prevention and on the Board of Baltimore Healthy Start, has participated in the East Baltimore Early Child Development Initiative and advised the Family League of Baltimore City and the Johns Hopkins Urban Health Institute.

Guyer taught and mentored hundreds of students at the Johns Hopkins Bloomberg School. With department faculty, he launched an innovative course on life-course health and at the school level, he initiated a course on problem solving in public health. From 2003 to 2007, he directed the school-wide DrPH program.

The author of more than 300 publications, he is a member of the Institute of Medicine/National Academy of Sciences, and chairs its Board on Children, Youth and Families. He also chaired IOM committees on immunization policies and injury prevention, and his work on barriers to childhood immunization culminated in an IOM report that led to new policies to improve immunization rates.

The Bloomberg School of Public Health has established the Bernard and Jane Guyer Scholarship Fund to support graduate students within the Department of Population, Family and Reproductive Health whose primary focus is maternal and child health.

Michael J. Klag, dean of the Bloomberg School, has made student scholarships his number one funding priority. He recognizes that it is essential to have enough financial assistance available to attract the most talented students in public health. As the oldest and largest school of public health in the world, the School has an international reputation for consistently producing graduates who go on to join the ranks of senior leadership in their field. Most of the School’s approximately 2,000 students from 80 countries receive some form of financial aid, and in the current economic climate it is difficult to even find funding.

This scholarship will allow students to conduct research in maternal and child health, preventing maternal and infant mortality around the world, improving vaccination coverage, preventing childhood injuries, maximizing the potential of children to learn and be productive citizens.