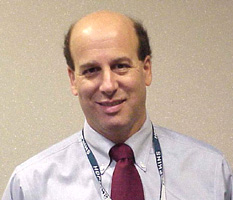 Michael A. Koenig, PhD, a professor in the Department of Population, Family and Reproductive Health, died January 26 following a battle with cancer. He was 56 years old.

Throughout his career, Koenig studied ways to reduce deaths and illness among women living in developing countries, such as India and Bangladesh. Much of his research focused on understanding the factors contributing to high numbers of maternal deaths during pregnancy and delivery in resource-poor settings. Koenig also studied the mental, physical and family planning consequences of domestic partner violence against women in developing countries. He also collaborated on studies of HIV prevention programs for high school students in South Africa through the use of mobile health education clinics.

“Mike was one of those very unique individuals who could be equally successful working in a university or with a community agency. Perhaps more than any other single individual, he has made partner violence and sexual abuse an international issue,” said Robert Wm. Blum, MD, MPH, PhD, the William H. Gates, Sr. Professor and Chair of the Bloomberg School’s Department of Population, Family and Reproductive Health.

Koenig came to the School of Public Health in 1981 as a postdoctoral fellow after earning his bachelor’s and doctoral degrees from the University of Michigan. From 1983 to 1985, he worked as research associate with the School’s Department of Population Dynamics, which is now part of the Department of Population, Family and Reproductive Health. Koenig’s research took him to Bangladesh where he spent several years managing research and family planning projects for the International Centre for Diarrheoeal Disease Research and the Population Council. In 1992, Koenig became a program officer with the Ford Foundation and spent the next 7 years developing the foundation’s reproductive health programs in India and Nepal. He returned to Hopkins in 1998 and served as associate professor, and later professor, in the Department of Population, Family and Reproductive Health. In addition to his research, Koenig instructed students and worked on training and capacity building programs for the Bill and Melinda Gates Institute for Population and Reproductive Health.

Koenig authored three books, 14 chapters and over 56 research articles in peer-reviewed journals covering international reproductive health, family planning, maternal health services, and maternal mortality and morbidity. He was also a member of the Population Association of America, the International Union for the Scientific Study of Population and the American Public Health Association.

Koenig is survived by his wife, Gillian, a son Matthew, and a daughter Leah; his parents Harry and Debbie Koenig; a brother Steven Koenig; sister Karen Zwecker, Esq., and several nieces and nephews.

The Bloomberg School of Public Health will hold a memorial service for Koenig on March 19.

Contributions can be made to:

A guest book is available for anyone wishing to share memories of Dr. Koenig or express condolences to his family. To leave a message, click here.