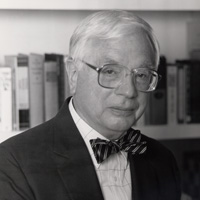 During his time at Hopkins, Kantner joined colleague Melvin Zelnik in conducting the first national survey of adolescent fertility and contraceptive use in 1971. “No one had ever studied the behaviors of young unmarried women before,” said Laurie Schwab Zabin, PhD, who was a student of Kantner’s and is now a professor in the Bloomberg School’s Department of Population, Family and Reproductive Health. “The government found their findings to be so surprising that they funded two more surveys. Today, this kind of research is done all the time.” Zabin used Kantner and Zelnik’s data for her own initial research.

Zabin added, “Jack was a very supportive and engaging person who gave a lot of his life to the support of family planning worldwide.”

Kantner’s early work was devoted to improving international family planning and reproductive health programs worldwide, particularly in developing countries. While working in the field, he aimed to figure out how to make family planning and reproductive health programs of the 1950s and 1960s work and how to encourage health systems to perform better. Beginning in 1957, he spent many years in Southeast Asia, first in Indonesia as an adviser from the University of California Berkeley, then later working with the Population Council in Pakistan, and with the Ford Foundation and USAID in India. While living in Canada in the 1960s, he helped found the University of Western Ontario's first Department of Sociology. Kantner, along with colleagues T.R. Balakrishnan and Jack Allingham, organized the first fertility and reproductive health survey ever undertaken in Canada. The study, conducted in Toronto from 1966 to 1967, resulted in the publication Fertility and Family Planning in a Canadian Metropolis.Kantner received his bachelor’s degree in Sociology from Franklin and Marshall College in 1942 and served in the U.S. Army Medical Corps in Europe during World War II. He earned his PhD in Sociology from the University of Michigan in 1953. He began his careering compiling and analyzing international demographic information from Eastern Europe and Russia for the U.S. Bureau of the Census. In addition to time at Johns Hopkins, Kantner also held academic appointments at the College of William and Mary and the University of Western Ontario. He was president of the Population Association of America in 1982 and wrote several books on population issues. He wrote his latest book with his son Andrew.

Kantner had a lifelong passion for music, according to his family. During his college years he played trumpet with a touring jazz band and later with the U.S. Army Special Services Band during World War II. Upon retiring to Bedford, Pennsylvania, in 1986, he was active in the Bedford Springs Music Festival, and he served as president of the festival for two years.

Kantner is survived by his wife, the former Jane Boose; his four children, Andrew Kantner and Josie Kantner Smith; Chris Kantner and his wife, Cynthia Burger; and Julie Kantner and her husband, David Claffey; and five grandchildren.