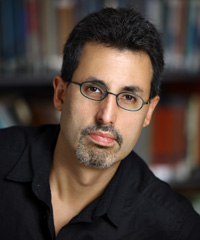 Rafael Irizarry, PhD, professor at the Johns Hopkins Bloomberg School of Public Health’s Department of Biostatistics was named the 2009 Presidents’ Award recipient by the Committee of Presidents of Statistical Societies (COPSS).

Established in 1976, the award is given annually to a young member of the statistical community who has made significant contributions to the profession of statistics. Irizarry was recognized for his leadership and world-class contributions in science; his teaching and mentoring; and his development of practice-transforming software. Irizarry was selected by a panel of six COPSS members to receive the award, which is one of the profession’s most prestigious awards honoring early career contributions. In addition to being named the winner of the 2009 Presidents’ Award, Irizarry was also named as a fellow of the American Statistical Association.