Pierre Coulombe to Lead the Department of Biochemistry and Molecular Biology 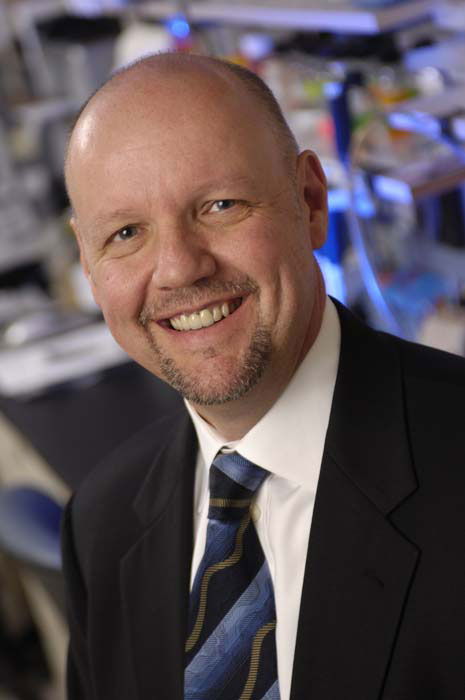 Pierre A. Coulombe, PhD, a leading expert in the cytoskeleton and underlying causes of diseases affecting the skin, will join the Johns Hopkins Bloomberg School of Public Health as the E.V. McCollum Professor and Chair of the Department of Biochemistry and Molecular Biology. Coulombe is currently a professor at the Johns Hopkins School of Medicine departments of Biological Chemistry and Dermatology. He will assume his new duties as chair on December 1 and will maintain his School of Medicine appointments.

"Dr. Coulombe will be a transformational leader who will not only do a great job of leading the Department of Biochemistry and Molecular Biology, but will add to the Bloomberg School’s success and achievement," said Michael J. Klag, MD, MPH, dean of the Bloomberg School of Public Health. “The Department has a long and illustrious history and was one of the founding departments of our School. I know that Dr. Coulombe will continue in this proud tradition.”

Coulombe’s research primarily focuses on the keratin filament cytoskeleton in epithelial cells with an emphasis on skin tissue. He is working to gain a better understanding of keratin genes at a mechanistic and molecular level. The Coulombe laboratory discovered several novel  functions for keratin proteins, including a role in regulating protein synthesis and epithelial cell growth during epithelial remodeling events. Keratin gene mutations are causative for a large number of dominantly-inherited diseases, such as Epidermolysis bullosa simplex (EBS). Following his discovery of mutations in select keratin genes of EBS sufferers, which he made as a postdoctoral fellow at the University of Chicago, Coulombe has continued to investigate this important problem, an effort that led him to devise a therapeutic strategy for the treatment of EBS and related disorders. The innovative therapy uses a natural product commonly found in the diet.

Coulombe earned his PhD from Université de Montréal and has received numerous awards for both his teaching and research.  Most recently he was awarded the William F. Montagna Award by the Society for Investigative Dermatology for his overall contributions to the understanding of keratin function, and their implication in diseases. Coulombe has authored 111 publications and is the co-inventor of the patented use of Nrf2 inducers to treat epidermolysis bullosa simplex and related diseases.

Coulombe replaces Roger McMacken, PhD, who stepped down as chair earlier this year after leading the department of Biochemistry and Molecular Biology for 18 years. Barry Zirkin, PhD, served as interim chair while a national search for a new chair was conducted.

The Department of Biochemistry and Molecular Biology was established with the founding of the School in 1916. E.V. McCollum, the Department’s first professor and chair, discovered vitamins A and D, as well as the importance of trace metals in the diet.