Soledad O'Brien: Sad Is Not Enough 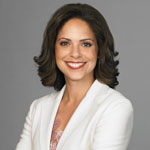 CNN special correspondent and anchor Soledad O’Brien recalls interviewing a Thai woman who survived the 2004 Asian Tsunami, but only after facing every mother’s most-dreaded choice. When the tsunami hit and the waters rushed into her village, the woman had to choose between holding onto her five-year-old daughter or holding onto her baby; she chose to hold the baby, praying that the older girl would somehow stay alive. In the end, both daughters survived the tidal wave, but the five-year-old has asked her mother many times why she made the decision that she did.

“How do you choose?” said O’Brien. “To this day it gives me nightmares.”

Survivors of natural disasters such as the Asian Tsunami, which killed and displaced more than 200,000 people, often suffer profound psychological damage, and O’Brien covers this terrain of despair in her news coverage and documentaries. She was honored for her reporting at a November 18 event at the Johns Hopkins Bloomberg School of Public Health, where she was presented with the inaugural Goodermote Humanitarian Award. One of her challenges has been to translate news of disaster in far continents into stories that Americans relate to and care about: “Somehow American lives are valuable, and other lives—eh. But good storytelling transcends that.”

A mother of four, O’Brien recalled for the audience what it was like to enter the wats, or temples, in Phuket, where bodies were taken and kept after the tsunami in December. Adult corpses were stored on trays, and the bodies of children, because they were so small, were stored two to a tray. “There were so many babies,” she said, “so many babies.”

In the presentation at the Bloomberg School, O’Brien compared disaster relief efforts in Thailand to disaster relief efforts after Hurricane Katrina, which hit New Orleans in August of 2005. Where response was swift in Thailand, she found it appallingly slow in Louisiana. Her coverage of the hurricane addressed and questioned the priorities of the agencies involved in the relief, and she interviewed Michael Brown, chief of FEMA (Federal Emergency Management Agency) at the time, who “bragged about how much aid was on its way,” a week after the hurricane.

She shared a story told to her by a sheriff from St. Bernard Parish, a suburban community of about 70,000 people, in which two homes were left standing post-hurricane. When she asked the sheriff how much damage had been done by the hurricane, he said, “Roughly 100 percent.” The sheriff then told her about two prison inmates, due for release the day the hurricane hit, who surprised him with their unflagging bravery. They were convicted drug dealers, “lowlifes,” said O’Brien, but they spent the entire day of the hurricane in a boat with the sheriff, jumping into and rescuing people out of ten-foot waters—and they didn’t know how to swim. Later, the sheriff hired them onto his staff.

“Journalism that uses numbers tells a boring story,” said O’Brien. “If you can tell stories about human beings, you’ve done your job.”

O’Brien’s parents met in 1958 at Johns Hopkins University, where they were students, getting to know each other during visits to daily Mass.  In 1959 they were married in Washington, D.C., because interracial marriage was illegal in Baltimore: her mother is a black Cuban, and her father is Australian of Irish descent. Her mother’s constant advice to O’Brien, in times of thwarted ambition, has been, “Use the voice you have.”

In closing, O’Brien commented on, “All those people who wring their hands.” It’s not enough to be sad, she said. “I’m over people who are sad. You have to take the next step.” She paraphrased poet Dante Alighieri: there’s nothing worse than doing nothing and saying nothing. “What I can do is tell somebody.”

Michael J. Klag, MD, MPH ’87, dean of the Bloomberg School, presented O’Brien with the Goodermote Humanitarian Award, established by Dean Goodermote and the Goodermote family to support the Bloomberg School’s training and education mission and to honor the commitment of the School’s alumni to advancing public health worldwide. In addition to the award, the Goodermote family has established a scholarship for students committed to addressing the needs of displaced people and to furthering the mission of the Center for Refugee and Disaster Response.

After giving her the award, Klag told O’Brien, “You have a very smart mother.”   — Christine Grillo