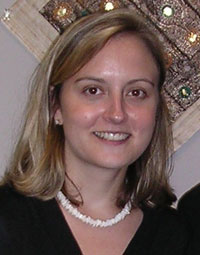 The excess rate of extreme preterm birth among black infants in the United States accounts for more than half of the infant mortality gap between blacks and whites, according to researchers from the Johns Hopkins Bloomberg School of Public Health. Infants born prematurely have a much higher risk of dying than infants born at term, and black infants are four times more likely than white infants to be born extremely preterm (less than 28 weeks gestation). The study was published online as a First Look article on May 30, 2007, by the American Journal of Public Health.

“We must address the disproportionate burden of extremely preterm birth among black infants to make substantial reductions in the black-white infant mortality gap and ensure that all children have an equal opportunity to thrive from the beginning of life,” said Ashley H. Schempf, PhD, lead author of the study and a postdoctoral fellow in the Bloomberg School of Public Health’s Department of Population, Family and Reproductive Health. “Given the sheer magnitude of the disparity and its close link to morbidity and mortality, there are few racial disparities that warrant greater research attention than extremely preterm birth.”

The researchers used 1990 and 2000 birth data from the National Center for Health Statistics’ Linked Birth/Infant Death Cohort Files to evaluate infant mortality by race and degree of prematurity. Between 1990 and 2000, the disparity in the overall rate of preterm birth (less than 37 weeks gestation) narrowed, with a 10 percent decrease among black infants and a 16 percent increase among white infants. However, there was no change in the disparity of extremely preterm birth, which carries the highest risk of mortality.

Excess deaths among black preterm infants accounted for nearly 80 percent of the infant mortality disparity in both 1990 and 2000, with about 60 percent attributed to the greater black rate of extremely preterm birth.

“The Contribution of Preterm Birth to the Black-White Infant Mortality Gap, 1990 and 2000” was co-authored by Ashley H. Schempf, with Johns Hopkins, and Amy M. Branum, Susan L. Lukacs and Kenneth C. Schoendorf, all with the Infant, Child, and Women’s Health Statistics Branch of the National Center for Health Statistics.