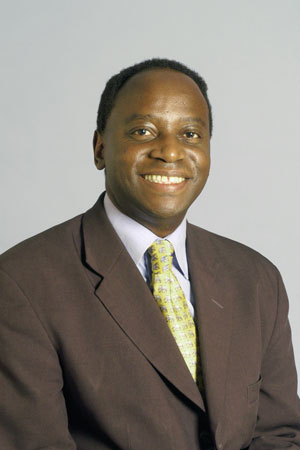 Pharmacy data can be used as a simple, low-cost tool for monitoring a patient’s adherence to HIV therapy in resource-limited areas, according to researchers from the Johns Hopkins Bloomberg School of Public Health and other organizations. The article was published in the April 17, 2007, issue of Annals of Internal Medicine.

In the late 1990s, the most well-known and recommended HIV treatment—highly active antiretroviral therapy (HAART)—was difficult to maintain due to the high number of pills that must be taken and the complex schedule patients must follow in order to see benefits. The study authors set out to assess the relationship between adhering to a new HIV treatment known as non-nucleoside reverse transcriptase inhibitor (NNRTI)-based HAART and viral load.

Viral load measures the amount of viruses present in a given volume of blood. Public health practitioners advocate a high level of adherence to treatment because people with lower viral load levels are less infectious to others.

“Although maximal adherence to NNRTI-based HAART is optimal, moderate levels of adherence to NNRTI-based HAART leads to sustained viral suppression as well,” said Jean Nachega, MD, MPH, lead author of the study and an assistant scientist in the Johns Hopkins Bloomberg School of Public Health’s Department of International Health. “However, we do not advise patients to reduce their HAART compliance. Our study shows that a maximum level of adherence is still optimal for decreasing the risk of HIV complications, such as drug resistance and disease progression, and death.”

The study, conducted in South Africa, included 2,821 adults infected with HIV. Adherence to NNRI-based HAART was assessed by reviewing monthly pharmacy claim reports. Patients who filled at least 50 percent of antiretroviral drug prescriptions had improved virologic outcomes, compared to patients who filled fewer prescriptions. For each 10 percent increase in pharmacy claim adherence beyond 50 percent, the researchers report an additional 10 percent maintenance of viral suppression over a median 2.2 years.

In an editorial in the same issue of Annals of Internal Medicine, Julio S.G. Montaner, MD, director of the British Columbia Centre for Excellence in HIV/AIDS, stated, “Expansion of HAART programs in South Africa and other low- and medium-income nations . . . must have appropriate tools to monitor their evolution and impact. . . . Refills or claims data are reliable and valid indicators of actual patient adherence. Although it may be premature to generalize beyond these studies, this approach—if appropriately and independently validated—could become an important tool to evaluate HAART adherence in public-sector programs in low- and medium-income nations.”