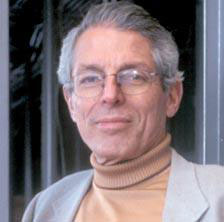 Johns Hopkins Malaria Research Institute scientists have taken one step closer to a universal malaria transmission-blocking vaccine by creating a new technique for preventing the development of malaria parasites in multiple mosquito species.

The study, “Disruption of Plasmodium falciparum development by antibodies against a conserved mosquito midgut antigen,” was published in PNAS Early Edition on August 2, 2007.

Mosquitoes pick up the Plasmodium parasite from infected hosts during a blood feeding. In order for malaria parasites to be transmitted to a new human host, the parasite must first penetrate the mosquito midgut before moving on to invade other tissues. This penetration requires recognition of the antigen, called Anopheles gambiae aminopeptidase N (AgAPN1), on the surface of the mosquito midgut.

“If you ‘cover’ the antigen with an antibody, parasite invasion of the midgut is inhibited, and the mosquito can’t transmit the parasite,” said Marcelo Jacobs-Lorena, PhD, senior author of the study and a professor in the W. Harry Feinstone Department of Molecular Microbiology and Immunology.

Jacobs-Lorena explained that vaccines based on this antigen have the potential to block transmission of the deadliest human malaria parasite—Plasmodium falciparum—in a broad range of mosquito species, including Anopheles gambiae, Anopheles stephensi and possibly most parasite vectors. The researchers also have preliminary data that shows that the antibody can block another human malaria parasite, Plasmodium vivax. 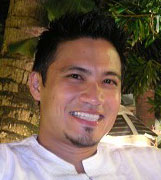 Rhoel R. Dinglasan, PhD, MPH, lead author of the study and a postdoctoral fellow with the Malaria Research Institute, said, “The antibodies that we have produced are effective against multiple malaria parasites and therefore, this antigen may constitute the basis for a future ‘universal’ malaria transmission-blocking vaccine.”

Investigators caution that although their results add to the understanding of malaria parasite-mosquito host interaction and guide in the design of transmission-blocking vaccines, more research is needed before a vaccine can be developed.

The current research is one of a handful of ways Jacobs-Lorena and his team is hoping to stop the transmission of malaria. In March 2007, Jacobs-Lorena and colleagues determined that genetically engineered malaria-resistant mosquitoes fared better than their natural counterparts when fed malaria-infected blood. Theoretically, mosquitoes resistant to malaria could be introduced into nature to replace malaria-carrying mosquitoes.

In addition, in 2002, researchers from the same laboratory identified a small protein that when expressed in transgenic mosquitoes helps fight off infection by the Plasmodium parasite.

The research was supported by grants from the National Institutes of Health.