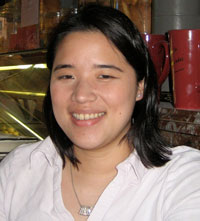 Elizabeth Dzeng, a master of public health student at the Johns Hopkins Bloomberg School of Public Health, received a 2007 Gates Cambridge Scholarship. She is one of 48 U.S. students who will begin their studies at the University of Cambridge in October 2007. Dzeng was the only Johns Hopkins University student to receive a scholarship during this award cycle. She will pursue a master of philosophy in social anthropology, which is the study of the diversity of cultures through social groups, institutions and relations. Dzeng is also a fourth-year medical student at the Johns Hopkins University School of Medicine.

Working with staff from the Johns Hopkins Center for Refugee and Disaster Response, Dzeng assisted with a study to estimate mortality during the current Iraq war. She also worked on a monitoring and evaluation project for a health initiative for North Korean women and children refugees in northern China.

In the future, Dzeng said she hopes to pursue a career in internal medicine with a public health perspective, focusing on international health, human rights and humanitarian aid. She said, “At Cambridge, I hope to learn how cultural and societal norms influence a community’s understanding of medicine and public health interventions. Thus, I can use this knowledge to most effectively promote public health and clinical services.”

The Gates Cambridge Scholars program was established in 2000 by the Bill and Melinda Gates Foundation. It provides one to four years of funding for outstanding graduate students from outside the United Kingdom to study at the University of Cambridge. Gates Cambridge Scholars are expected to use their education for the benefit of others. The scholarship covers the full cost of graduate study, tuition, room and board and stipend for books and travel to and from the university.