Test Takes an Average of Seven Days to Complete 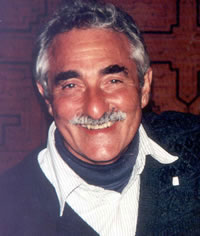 Researchers from the Johns Hopkins Bloomberg School of Public Health, the Imperial College London, Universidad Peruana Cayetano Heredia, in Lima, Peru, and other institutions have developed a simple and rapid new tuberculosis (TB) test. The test, called microscopic-observation drug-susceptibility or MODS, is more sensitive, faster and cheaper to perform than current culture-based tests. The study is published in the October 12, 2006, issue of the New England Journal of Medicine.

“In the fight to stop the spread of TB, new diagnostic tools are urgently needed to detect TB and multidrug-resistant TB. MODS is just such a tool. It will change the practice of TB testing in developing countries,” said Robert H. Gilman, MD, senior author of the study and a professor in the Bloomberg School of Public Health’s Department of International Health.

From April 2003 to July 2004, the study authors collected 3,760 sputum—saliva mixed with respiratory discharge—in order to complete sensitivity and susceptibility studies of the MODS test. All samples were decontaminated and then used for parallel MODS testing, as well as for two current gold standard TB tests— the Lowenstein-Jensen culture and automated mycobacterial culture (using the MBBacT system). In order to test the samples using MODS, the researchers observed the cultures under an inverted light microscope for 40 days. The sensitivity of detecting TB was 97.8 percent for MODS culture, 89 percent for automated mycobacterial culture and 84 percent for Lowenstein-Jensen culture, when compared to each other. The median time for detection of TB was 7 days for MODS culture, 13 days for automated mycobacterial culture and 26 days for Lowenstein-Jensen culture.

The researchers also introduced isoniazid, rifampin, ethambutol and streptomycin—TB antibiotics—to the cultures in order to detect drug-resistant TB. Compared to standard culture reference methods, drug-resistant susceptibility agreement for MODS was 100 percent for rifampin, 97 percent for isoniazid, 99 percent for rifampin and isoniazid (combined for multi-drug resistance), 95 percent for ethambutol and 92 percent for streptomycin. MODS results were available, on average, in seven days, making them clinically relevant. Standard antimicrobial tests can take up to several months.

The MODS test relies on three principles: (1) Mycobacterium tuberculosis grows faster in liquid medium than in solid medium; (2) TB grows in characteristic tangles or coils and these characteristic cord formations can be seen microscopically in liquid medium; and (3) the ability to incorporate drugs permits rapid and direct drug-susceptibility testing at the same time as the detection of bacterial growth.

Over 5,000 people die of TB every day worldwide and the poor are disproportionately affected, explained David A.J. Moore, MD, lead author of the study and senior lecturer in infectious diseases and tropical medicine at Imperial College London. “This is a curable illness. MODS was developed for developing countries in developing countries.

The study authors acknowledge that MODS testing requires a trained technician and a biosecure environment in which to perform the test. However, they note that the 10-day training period is comparable to testing currently done to read malaria smears. MODS is a simple, rapid test that the authors expect will have a major impact in developing countries where resources are limited.

“Microscopic-Observation Drug-Susceptibility Assay for the Diagnosis of TB” was supported by grants from The Wellcome Trust and a National Institutes of Health Fogarty Global Research Training Grant. Co-authors also received grants or payment for consultant work from Sequilla, Merck, Chiron and Cerexa.