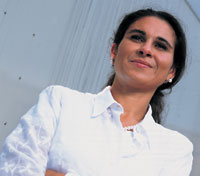 Short-term exposure to fine particulate matter—the microscopic particles that pollute the air—increased hospital admissions for cardiovascular and respiratory disease among Medicare participants, according to a study of 204 U.S. urban counties conducted by researchers at the Johns Hopkins Bloomberg School of Public Health and Yale University’s environment school. In 2002, for every 10 µg/m3 increase in particulate matter, the researchers calculated 11,000 additional cardiovascular and respiratory disease hospitalizations. Increased risk for cardiovascular disease hospitalizations, as a result of increased levels of particulate matter, was highest in counties located in the eastern United States. The study authors created a reproducible approach for tracking the health risks of air pollution nationwide. The study is published in the March 8, 2006, edition of the Journal of the American Medical Association.

Particulate matter is an airborne mixture of solid particles and liquid droplets. The solid particles come in numerous shapes and sizes and may be composed of different chemical components. Fine particles, defined as 2.5 micrometers or less in size (approximately 1/30th the diameter of a human hair), can penetrate deep into the body’s respiratory system. Airborne particles come from a variety of sources, including coal-burning power plants, factories, automobiles, tilled fields, stone crushing and the burning of wood. Other particles may be formed in the air when sunlight and water vapor react with gases emitted from burning fuels.

“By linking geographical locations and the health information of roughly all Medicare enrollees to the national air pollution and weather monitoring network, and to the U.S. census data, we can now routinely estimate health effects of air pollution nationally and regionally,” said the study’s lead author, Francesca Dominici, PhD, associate professor in the Department of Biostatistics at the Bloomberg School of Public Health.

“Our study makes available all of the relevant material, software and methodology that support the principal findings. Reproducibility is critical for large studies with significant implications such as this one,” said Roger D. Peng, PhD, co-author of the article and an advocate for making research reproducible by others.

Previously, researchers at the Bloomberg School of Public Health reported an association between particulate matter levels and mortality nationwide. Other research studies at the School showed associations between particulate matter and premature death from cardiopulmonary causes, hospitalization for respiratory or cardiovascular diseases and exacerbation of respiratory diseases.

“This study shows an ongoing threat to health from airborne particles. The sources of particles contributing to the observed risks need to be identified so that control strategies can be targeted efficiently. Research is shifting toward the difficult task of identifying the characteristics of particles that determine their toxicity,” said Jonathan M. Samet, MD, senior author of the study and chair of the Bloomberg School of Public Health’s Department of Epidemiology.

Samet, Dominici and colleagues last month received an $8 million Science to Achieve Results grant from the U.S. Environmental Protection Agency to establish a new center at the Bloomberg School to study the health effects of particulate matter.

More information on the Medicare Air Pollution Study 1999-2002 can be found at www.biostat.jhsph.edu/MCAPS.

Public Affairs media contacts for the Johns Hopkins Bloomberg School of Public Health: Kenna Lowe or Tim Parsons at 410-955-6878 or paffairs@jhsph.edu. Photographs of Francesca Dominici are available upon request.