Elevated blood sugar levels and diabetes are risk factors for developing several types of cancer and mortality, according to researchers at the Johns Hopkins Bloomberg School of Public Health and Yonsei University in Seoul, Korea. The researchers followed over 1.2 million Koreans for 10 years, tracking new cancer cases and deaths from cancer. Study participants with diabetes, as well as those without diabetes and higher fasting blood sugar levels, were more likely to develop cancer or to die from cancer. For those without diabetes, cancer risk increased with an increasing fasting blood sugar level. The study is published in the January 12, 2005, issue of the Journal of the American Medical Association (JAMA). 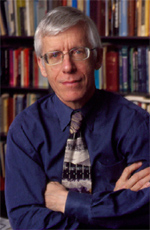 “Although past research has shown that having diabetes or an elevated glucose level may increase cancer risk, the evidence has been mixed and many of the studies to date were relatively small,” said Jonathan M. Samet, MD, MS, co-author of the study and the Bloomberg School of Public Health Jacob I and Irene B. Fabrikant Professor of Health, Risk and Society and chair of the Department of Epidemiology.

The researchers carried out a 10-year study of 1,298,385 Korean men and women, aged 30 to 95 years. The study participants were members of the National Health Insurance Corp., which provides health insurance to government employees, teachers and their dependents. The participants provided information on their lifestyles and medical histories. Fasting blood samples were taken at biennial medical examinations.

The risk of developing cancer was comparable to the risk of dying from cancer. The group with the highest fasting glucose levels (greater than 140 mg/dL) had higher death rates from all cancers combined. In men, the strongest associations were for pancreatic cancer; significant associations were also found in men for cancers of the esophagus, liver and colon/rectum. In women, the strongest links were to cancers of the liver and cervix.

The authors noted that the study participants were substantially leaner than the typical Western population. They concluded that glucose intolerance may be one way that obesity increases cancer risk and that the rising obesity rates may increase future cancer rates.

“This study provides more information on glucose intolerance, an emerging cause of cancer. It points to increased cancer risk as another adverse consequence of rising obesity around the world,” concluded, Sun Ha Jee, PhD, MHS, lead author of the study and an adjunct assistant professor in the Bloomberg School of Public Health’s Department of Epidemiology and an assistant professor of epidemiology and disease control at Yonsei University.

The study authors were supported in part by grants from the National Cancer Institute.

Photographs of Jonathan Samet are available upon request.