On August 29, Hurricane Katrina pounded the U.S. Gulf Coast causing widespread destruction and flooding. The Federal Emergency Management Agency and dozens of state, local and private relief agencies are trying to aid the hundreds of thousands of people throughout Louisiana, Mississippi and Alabama who were forced to evacuate their homes. One of the hardest-hit areas is the city of New Orleans, which was almost completely flooded when its system of protective levees failed. In the coming days and weeks, the refugees of Hurricane Katrina face many potential health problems that relief workers must try to address.

As with any disaster, the challenge for relief workers will be to provide survivors food, water and shelter. However, relief workers must also help survivors return to some sense of normalcy as soon as possible, says W. Courtland Robinson, PhD with Bloomberg School’s Center for Refugee and Disaster Response. 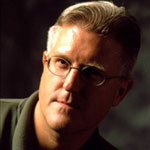 He says displacement is an important issue that impacts the physical and mental health of refugees. Robinson, who has aided the victims of many disasters, including survivors of last December’s tsunami in Southeast Asia, says Americans are not accustomed to massive disruptions like those caused by Hurricane Katrina. Unlike many developing nations, the United States has vast resources and government agencies to deal with emergencies.

“It is really remarkable how little it takes to disrupt people’s lives,” says Robinson. “If power goes off in our houses for even a day or so, we lose refrigeration, lighting at night, fans or air conditioning and our daily activities change significantly. With Hurricane Katrina, tens of thousands of people are displaced from their homes, their jobs, many without power, communication, adequate food and water, and so on. Adding to the stress and discomfort is the sense that they don't know how long they will be displaced or even where they will be living. It now appears that displacement is likely to last several months and perhaps longer for many people before they can begin to return and rebuild.”

One of the most critical needs for the survivors of Hurricane Katrina is clean drinking water. According to Kellogg Schwab, PhD, co-director of the Center for Water and Health at the Bloomberg School of Public Health, survivors in many areas face a double threat from a lack of drinking water and sewage treatment.

Without electricity, water pumps and waste water treatment plants cannot function. To make matters worse, flood waters can overload the sewage system contaminating flooded areas. Schwab says a lack of drinking water, poor sanitation and the close quarters offered in many emergencies shelters create ripe conditions for spreading many communicable diseases, such as cholera, E. coli and noroviruses. “It does not take many microbes or sick people to spread disease, particularly when they are living together in a shelter,” says Schwab.

In additional to their other problems, the residents of New Orleans and other Gulf Coast regions could see increases in the number of mosquitoes in coming weeks.

The excess standing water caused by massive flooding could provide fertile breeding grounds for the insects. With more mosquitoes comes the potential risk for the spread of diseases like West Nile virus. In its most serious form, West Nile virus can cause fever, encephalitis and death.

The United States is in the midst of the West Nile season however, Douglas Norris, PhD, an assistant professor in the Bloomberg School’s Department of Molecular Microbiology and Immunology, says it’s too early to tell whether West Nile will be a serious health concern in the flood zones.

Norris says the reported number of West Nile cases in the Eastern United States has declined over the last two years. According to the Centers for Disease Control and Prevention, Louisiana has 52 cases of West Nile and 4 deaths so far in 2005, the third highest number of cases in the country this year.

With most hurricanes, the storm sweeps through and then a few days later people return to their homes and start picking up. Not with Hurricane Katrina. “This tragedy is going to be prolonged, with sustained levels of distress,” says Cheryl Person, MD, a postdoctoral fellow in Mental Health. “Anxieties about the safety or survival of loved ones, uncertainties about jobs and houses—these issues have to be resolved before people can move on.”

Person suspects that many who live through Katrina and its aftermath could experience distress levels comparable to those of last December’s tsunami victims. And that means a good number of people will be suffering from post-traumatic stress disorder (PTSD), she says.

Survivors of Katrina must therefore be on the lookout for such hallmarks of PTSD as intrusive thoughts and memories, nightmares, flashbacks, dissociation (numbing), insomnia and hypervigilance. And, Person says, victims must start talking to someone they trust about their anguish.

Person warns, too, that even people living in other parts of the world may experience at least post-traumatic-stress-like symptoms, if they have family and other social connections there. “If you have some or all the symptoms and they don’t subside over the next month, or if they worsen over time, then that’s a sign it might be time to talk to a professional,” says Person.

Public health workers will have a difficult time predicting the health effects of Hurricane Katrina as survivors clean up and rebuild their homes and communities, especially with unknowable contaminants in the flood waters.

Carbon monoxide poisoning may also be an issue if people attempt to run portable generators in their homes. “I hope people know better than to run sources of combustion in their homes. If they are doing that, it is a huge risk,” said Patrick Breysse, PhD, MHS, professor with the Bloomberg School’s Center for Urban Environmental Health. He said that he could understand the temptation to do so, but that he expected few to be able to obtain working generators and then make the decision to use it indoors.

Breysse said that anticipating what the biggest problem will be during the clean up is difficult. The risk of exposure to biological infectious agents is a real concern. Due to housing shortages, people will begin to occupy water-damaged dwellings. Mold exposure will certainly be an issue. “It’s unavoidable. Mold isn’t the biggest worry, but it will definitely be a problem down the line. We really need to go down and do an environmental risk assessment. The scenario is rapidly becoming very complex and significant in terms of its public health impact. There isn’t a lot of experience to compare this to, so no one really knows what will happen,” said Breysse.