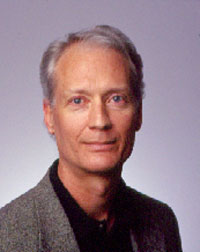 We’ve all heard about indoor air pollution and yet every winter, to save on the heating bill, we still insist on sealing ourselves up inside our houses. The marketing blitz concerning air-purifying machines does indicate we are wising up. The Office of Communication and Public Affairs (OC&PA) spoke recently with Timothy J. Buckley, PhD, MHS, an associate professor of Environmental Health Sciences at the Johns Hopkins Bloomberg School of Public Health, about what indoor air pollution is composed of and whether we should worry about the air inside our dwellings.

Office of Communication and Public Affairs: How bad is indoor air pollution, compared to the pollution outside?

TJB: Indoor air pollution can be many times higher than what’s going on outside. If you think about it, our indoor air almost always has to be worse because the outdoor pollution provides the baseline that’s automatically going to be added on to whatever pollution is inside. Your lowest indoor pollution levels can’t be any lower than the levels of pollution outside.

OC&PA: But it seems like we hear a lot more about outdoor pollution than we do about indoor.

TJB: Yes, that’s probably because most epidemiologic research has focused on outdoor pollution. But, on the other hand, now we’re telling people that indoor air pollution is much more serious a problem. So there’s a little schizophrenia about our handling of indoor pollution. The good news is, we have some control over indoor pollution. We can modify our indoor contributions.

OC&PA: What are the major indoor contributors to pollution?

TJB: Number one, cigarette smoke. If there’s one thing to change, that would be it because cigarette smoke contains pollutants across the whole spectrum of harmful compounds: particulate matter, carbon monoxide, volatile organic compounds (VOCs), nitrogen oxides—these compounds will overwhelm almost any other pollutants that seep in from outdoors.

OC&PA: What about other sources of fire or combustion besides cigarettes?

OC&PA: Is this particulate matter the same as that spewed out by cars?

TJB: The particulates from cooking are likely different from those in car exhaust, but they’re perhaps not too different from some of those generated by smoking.

OC&PA: Any others sources of indoor pollution?

TJB: The third big category is consumer products, and even the materials our houses are made of. Plywood and particle board, for instance, release formaldehyde fumes and other aldehydes. Carpeting and carpet adhesives, solvents, shoe polish, degreasers, air fresheners—all are sources of pollution. Some people even store gasoline and pesticides indoors, which of course will off-gas harmful fumes as well.

OC&PA: Can these noxious fumes combine with one another and create an additive effect?

TJB: Yes, especially in some urban areas where you’ve got high background air pollution outside, poor quality housing that’s maybe letting in water, a high prevalence of smoking. These pollutants do pile on for a double, triple, even quadruple whammy. But we don’t know much about how they play off of one another, their synergistic interactions—that’s an area ripe for new research.

TJB: Yes, molds and fungi are a big concern. We could classify these as biological contaminants of the home, along with other allergens such as pet dander, dust, mouse-urine proteins and dust mites. Obviously, these too become more of a problem when windows and doors are shut tight during the winter—although winter’s low humidity is protective against this class of pollutants.

TJB: In fact, the consumer products I was just listing bring to mind another set of compounds that are causing growing concern: the flame retardants and stain repellants in our upholstery and clothing. The flame retardants are called PBDEs, for polybrominated diphenyl ethers, and their use in consumer goods has increased exponentially in recent years. Another group of chemicals, called perfluorinated hydrocarbons (PFH, or tetrafluoromethane), are also applied to upholstery fabric, to keep spills from soaking in and so make stains come out more easily. These non-stick chemicals, believe it or not, are also added to the insides of pizza boxes to keep our pizzas from adhering to the package.

OC&PA: If these PBDEs and PFH are dangerous, why are they allowed on and in our bodies?

TJB: Chemically, PBDEs look a little like some other organic chemicals that we do know are quite toxic. And they are persistent, so we know their levels are constantly increasing in our indoor environments. But right now we don’t understand their toxicity very well—or whether they even are toxic.

Our increasing ability to detect the presence of such chemicals in the human body has outstripped our ability to determine whether they are harming us. Are they a health threat? We don’t know. We know that new classes of chemicals are being brought into our homes and that our exposures to them are likely quite high. In fact, a five-year study of nursing mothers in Sweden has detected an exponential rise in PBDE levels in the mothers’ milk, and thus in their babies.

OC&PA: Then shouldn’t we be doing something about this exposure right now?

TJB: There’s something called the precautionary principle, which asks: If you don’t know anything about the toxicity of something, should you assume it’s toxic and act accordingly? Do you assume risk where you don’t know if a risk exists? It’s a very controversial question in public health right now because, on the one hand, could there perhaps be a link, for instance, between some ubiquitous household chemical and the skyrocketing incidences of asthma and autism? On the other hand, however, if we invoke the precautionary principle in this case and ban flame retardants, there’s going to be a trade-off, a price tag for consumers because we’ll be losing the chemicals that protect us from fire injury and death.

OC&PA: Is there any solution to the problem of indoor pollution?

TJB: One real solution is the type of air purifier that uses the so-called HEPA filters—high-efficiency particulate air filters. I have had particular experience with this type of air filter and they do work. I haven’t seen the data on the other type of air cleaners, those that use ionization.

OC&PA: So what would you say to the energy-conscious homeowner trying to save money on the heating bill?

TJB: You must be smart about indoor air pollution at the same time you’re being smart about energy conservation. Sealing up windows and doors saves money on the bill, it’s true, and there wouldn’t be a big downside to that if you’ve got no indoor sources of pollution. But who doesn’t cook, and burn candles, and bring home the dry-cleaning and household products, and buy new clothes? A low air-exchange rate means that whatever fumes are in there are going to stay there and that we’re going to have to inhale them. --Rod Graham