The rising cost of health care in the United States is a concern for many businesses, policy makers and the public. Recent studies by Gerard Anderson, PhD, professor in the Department of Health Policy and Management at the Johns Hopkins Bloomberg School of Public Health and his colleagues show that Americans are paying considerably more for health care than any other developed nation. The Office of Communications and Public Affairs sat down with Dr. Anderson to discuss some of the factors driving up health care costs in the United States.

Office of Communications &Public Affairs: We’ve all seen our health care costs go up in the last couple of years. Why are we spending so much on health care? 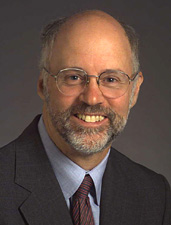 Gerard Anderson: For me the answer is, “It’s the prices stupid.” The major reason why we spend so much more than other countries is not because we’re getting a lot more services. We’re not getting more services. In fact, we get fewer doctor visits and hospital days than most other industrialized countries. It’s not malpractice or an aging population.

The reason why we spend so much more money on health care in the United States than they do in other industrialized countries is because we spend 2 to 2.5 times more for the same services offered in other countries. This includes prescription drugs, doctor visits or a day in the hospital.

OC&PA: If we are paying more for health care than other countries, are we healthier?

We then focused our research on a series of indicators that were related to what health care actually provides. For instance, if you were a woman diagnosed with breast cancer, what is your prognosis over five years? What we found was that people in the United States did not do significantly better on most indicators compared to people in Canada, Australia, New Zealand and England. Overall, although we are spending 2.5 times more for health care, our health outcomes are no better, and in some cases worse, than other industrialized countries.

OC&PA: Many policy makers have argued that lawsuits and malpractice settlements are driving up the cost of U.S. health care. Is that the case?

GA: Each year, we hear a different reason for why the cost of health care is so high in the United States. This year, we looked to see if malpractice and defensive medicine contributed to higher costs. We also looked at waiting lists for care, to see if the lack of waiting lists in the United States contributed to higher costs.

We found that malpractice insurance premiums were at most $16 per person, per year, in the United States. We spend over $5,000 per person annually on health care, so malpractice costs make up only a small percentage of the total cost. Even if you take into account “defensive medicine,” which are the costs incurred by the health care providers’ fears of lawsuits, it adds up to only a small percentage of U.S. health care costs. Malpractice and defensive medicine are not major reasons why health care costs are so much more than in other countries.

OC&PA: So why are we paying more?

GA: The simplest answer is that we just pay more for comparable services. I wouldn’t mind paying more if I got better service, but we don’t.

OC&PA: What would it take to fix the problem?

GA: In the United States, every individual physician or hospital is negotiating the prices for health care services with insurance companies. In other countries, one agency, not necessarily a government agency, negotiates and sets the cost for all of the public and private health insurers. That gives them a much stronger negotiating entity to make deals with physicians and hospitals.

Maryland has the Health Services Cost Review Commission (HSCRC), which sets rates for hospital care. The HSCRC is a regulatory body that determines the rate increases that Maryland hospitals are able to achieve. It’s the closest thing to price control we have in the United States. In Maryland, we’ve been very successful at keeping hospital prices down. The rate of cost increases has been lower than that of other states since the program started in the 1970s, yet the hospitals in Maryland are still thriving. For instance, Johns Hopkins Hospital is still the top rated hospital in America according to U.S. News & World Report.

GA: Surprisingly, the U.S. ranks third in relation to other industrialized countries when it comes to spending federal dollars on health care, even though our federal spending only covers 25 percent of the population. Other countries manage to cover a much larger percentage of their populations with their tax dollars. The reason is that they pay much lower prices. —Tim Parsons