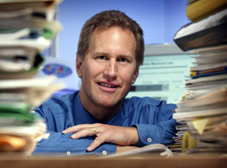 Researchers from the Johns Hopkins Bloomberg School of Public Health and the University of California, San Francisco, have completed a new historical analysis of the 38-year struggle to provide a prescription drug benefit to seniors as part of Medicare. The report chronicles the series of missed opportunities, financial constraints and political divides that delayed the benefit for years, as well as the unusual circumstances that ultimately resulted in the Medicare Prescription Drug, Improvement and Modernization Act of 2003. The report is published in the current issue of the peer-reviewed journal, Milbank Quarterly.

Since its establishment in 1965, Medicare has provided health care to tens of millions of Americans aged 65 and older.  According to the researchers, an outpatient prescription drug benefit was dropped from the original legislation, because some lawmakers thought that future costs for prescription drugs were too unpredictable and potentially costly. The study’s authors noted that prescription drugs actually accounted for nearly the same proportion of national health spending in 1965 as they do today. “When we looked back historically, the need for a prescription drug benefit has always been there,” said Thomas Oliver, PhD, lead author of the study and an associate professor in the Department of Health Policy and Management at the Bloomberg School of Public Health.  Over the decades however, lawmakers focused most of their attention on the even higher and more explosive costs of hospital services.

For their analysis, Dr. Oliver and his colleagues researched hundreds of journal articles and news accounts related to Medicare and prescription drug benefits. The researchers identified several important patterns, which factored into the policymaking decisions.  First, prescription drug benefits were seldom considered on their own merits and instead were usually tied to broader proposals to reform Medicare. This was the case at various times during the Nixon, Reagan and Clinton administrations and the current Bush administration.

Secondly, expansion of Medicare has been hampered by divided government, recurring federal deficits and ideological conflict.  Dr. Oliver said, “The main philosophic difference was between the ‘marketists’ who wanted more involvement of private industry in Medicare and the ‘medicalists’ who wanted to expand the traditional government program and preserve the autonomy of patients and medical professionals. The pressure to add prescription drug benefits grew in recent years because of the short-lived federal budget surplus, a dramatic increase in drug costs and the perception of Republican Party leaders that they needed to demonstrate progress on an important issue for elderly voters if they wanted to maintain control of the White House and the Congress.”

Thirdly, the current Medicare prescription drug benefit directly reflects previous proposals and mistakes of the past. In 1989, Congress repealed a limited Medicare drug benefit it enacted the previous year after seniors revolted against mandatory participation and seniors-only financing. The new program that begins in 2006 will be voluntary, allowing seniors to opt out if they would prefer to keep coverage they currently have; and the program will be paid for not only by beneficiaries’ premiums, deductibles and co-payments, but also by heavy subsidies from general revenues. Dr. Oliver said, “Even so, we found that many of the same economic and political constraints that blocked the introduction of prescription drug coverage in the past are reflected in the current benefit, which appears to provide inadequate assistance for many beneficiaries.” Despite a price tag for taxpayers ranging from $409 to $550 billion over 10 years, beneficiaries will still have to pay $4,020 for the first $5,100 in annual drug expenses.

The new Medicare program will also be administered by private pharmacy benefit management companies, emulating a recent trend in many employer-sponsored health plans. Dr. Oliver and his co-authors argue, however, that there is little evidence that relying on private management companies will adequately contain the costs of drugs. The researchers expect that in the future, policy makers will need to adopt stronger, more centralized mechanisms as they have done with hospital, physician and other services for Medicare beneficiaries.

“A Political History of Medicare and Prescription Drug Coverage” was written by Thomas R. Oliver, of the Johns Hopkins Bloomberg School of Public Health, and Philip R. Lee and Helen L. Lipton, of the University of California, San Francisco.

The research for this article was supported in part by the Henry J. Kaiser Family Foundation, the Commonwealth Fund, and the Institute for Health Policy Studies at the University of California, San Francisco.

Public Affairs media contacts for the Johns Hopkins Bloomberg School of Public Health: Tim Parsons or Kenna Lowe at 410-955-6878 or paffairs@jhsph.edu. Photographs of Thomas Oliver are available upon request.