Genital Ulcers Increase During and After HIV Infection 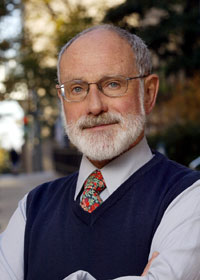 Genital ulcer disease symptoms increase both during and after acquiring HIV, according to researchers from the Johns Hopkins Bloomberg School of Public Health and Rakia, Uganda. Their study also found that participants with newly acquired HIV infections who also had pre-existing Herpes Simplex 2 virus (HSV-2), a cause of genital ulcers, had higher HIV viral-load levels than those without herpes virus. The researchers suggest that suppressing HSV-2 and genital ulcer disease could be an important element in treating HIV and preventing transmission to partners. The study will appear in the November 15, 2003, edition of the Journal of Infectious Diseases.

“Previous studies have reported an association between genital ulcer disease and an increased risk for acquiring HIV. Our study found a clear association between genital ulcer symptoms during and after HIV acquisition,” said Ronald H. Gray, MBBS, an investigator of the study and the William G. Robertson Professor of Reproductive Epidemiology at the School of Public Health.

For the study, Dr. Gray and his colleagues studied 248 adults who recently acquired HIV and a control group of 496 HIV-negative adults, all living in Rakia, Uganda. All were drawn from a larger study of HIV and sexually transmitted disease prevention. The researchers examined each participant on three occasions at 10-month intervals. The first visit occurred before HIV acquisition, with the second following HIV seroconversion, when the body begins to produce HIV-antibodies. The third occurred 10 months later. Participants were asked to report symptoms of genital ulcer disease.

Further analysis showed that the increase in genital ulcer disease among HIV-positive participants in the study was associated with the presence of HSV-2 antibodies. After HIV acquisition, the HIV viral loads increased among those with the herpes virus compared to those without.

“People with increased HIV viral loads become more infectious to others and the increased viral loads can increase the progression to AIDS. We must conduct randomized trials to determine whether treatment and suppression of herpes in HIV-infected people can reduce genital ulceration, HIV viral levels and possibly transmission of HIV,” said Dr. Gray.

Public Affairs Media Contacts for the Johns Hopkins Bloomberg School of Public Health:Tim Parsons or Kenna Brigham at 410-955-6878 or paffairs@jhsph.edu. Photographs of Ronald Gray are available upon request.