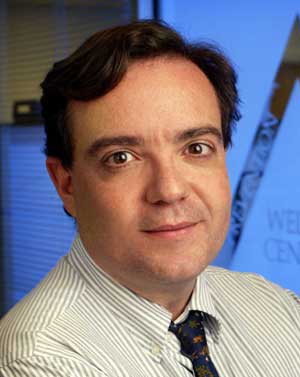 Systolic pressure, which is the higher number and first number in a blood pressure reading, measures the force of blood in the arteries as the heart contracts to push blood through the body. Doctors consider a systolic blood pressure greater than 120 mm Hg (millimeters of mercury) as unhealthy and can lead to heart disease, stroke, and vascular diseases of the legs. Diastolic pressure, the lower number, measures the pressure as the heart relaxes to fill with blood. A diastolic pressure greater than 80 mm Hg is also considered unhealthy. Pulse pressure is the difference between the diastolic and systolic readings.

“There is some controversy in the medical community over whether the monitoring of systolic, diastolic, or pulse pressure should be the focus in treating hypertension. Our study shows that an increased systolic reading is most closely associated with an increased risk of death,” said lead investigator Eliseo Guallar, MD, DrPH, an assistant professor in the School’s Department of Epidemiology.

The study included 7,830 white and African American adults age 30 to 74 that took part in the Second National Health and Nutrition Examination Survey (NHANES II) from 1976 to 1992. All the participants were free of an obvious heart disease. Blood pressure was measured three times at enrollment. Of the 1,588 participants who died, 582 died of cardiovascular disease.

Public Affairs Media Contacts for the Johns Hopkins Bloomberg School of Public Health: Tim Parsons or Kenna Brigham at 410-955-6878 or paffairs@jhsph.edu. Photographs of Eliseo Guallar are available upon request.