Sofia Braunstein’s strong value of helping others stems from the cultures of her Jewish American father and Argentine mother, she says. As a child, Sofia joined her mother as a volunteer interpreter for health clinics that served mainly Spanish speakers in their Santa Clara County, California community.

As a college student at Yale University majoring in molecular biology, she led a mixed methods study to better understand the relationship between children’s health and water quality, use, and access, a project that led her to add global affairs as a second major so she could help the most vulnerable around the world.

“Reproductive freedom is such a core tenet of health as a human right and being able to live life the way you want to.”

After she co-founded Unite Against Sexual Assault Yale, a student-led sexual assault advocacy organization, Sofia’s interest shifted to reproductive rights. Family hardship forced her to decline a year-long fellowship to work with the Center for Reproductive Rights in Colombia. Instead, she took jobs doing government and nonprofit consulting—all the while, volunteering as a Spanish-language case manager for the D.C. Abortion Fund.

Eventually, Sofia realized that she could do more to contribute to reproductive rights and justice by getting her MPH. At the Bloomberg School, she plans to acquire the technical and theoretical skills she needs to develop community-involved solutions in reproductive health, either in Latin America, the U.S., or both.

“I subscribe to a more radical sense of change and imagining new systems for reproductive rights,” she says. “In part, I view this MPH as a return to the idealism I once had, but mixing it with what I’ve gained from experience.” 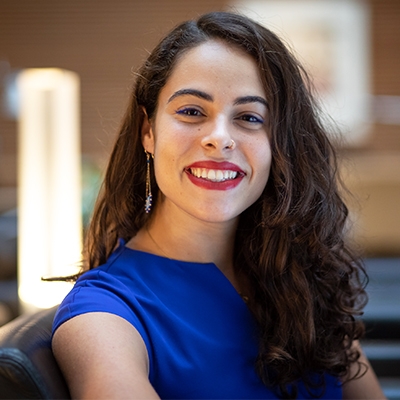