Mental illness is an undertow that drags you away from the shore of reality. Try as you might, it is difficult to swim against its current to save yourself. Paul V. Lemkau, MD and his students were committed to teaching people how to not just survive the undertow, but stay out of it altogether. 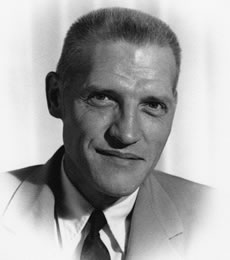 Lemkau founded the Division of Mental Hygiene at the School of Hygiene and Public Health (now the Bloomberg School) in 1941. The Division, the first of its kind in the world, became a full department in 1961 and was renamed the Department of Mental Health in 2004. By emphasizing community-based prevention strategies and environmental determinants of mental illness, Mental Hygiene faculty and alumni brought an epidemiological perspective into psychiatry and a mental health perspective into public health.

Lemkau’s accomplishments are both remarkable and far-ranging. He and his students shaped the early development of the National Institute of Mental Health (NIMH), which was directed for its first two decades by Robert Felix, MPH ’42 from 1948 to 1964 and Stanley Yolles, MPH ’57 from 1964 to 1970. Lemkau led in developing community mental health programs as an alternative to institutionalizing patients in state mental hospitals, which in 1950 represented the single largest expenditure in most state health budgets. During the 1950s, Johns Hopkins “loaned” him to the state of Maryland and to New York City to establish programs that became national models.

Along with their impact on mental health policy and practice, Lemkau and his colleagues conducted groundbreaking studies that identified the role of maternal and birth complications in causing developmental disabilities. This research helped establish the field of early life origins of disease and disability, which remains a hallmark of the Bloomberg School and its Department of Mental Health today.

Lemkau’s family and students were the buoyant force beneath his professional successes. His wife, Ruth Roehm Lemkau, was a social worker with the Association of Retarded Children (known today as the Arc). It is no surprise that the five Lemkau children have all entered helping professions. Mary Lemkau Horn is a clinical psychologist in private practice. Ann Lemkau Houpt is a college counselor who has won community recognition for her volunteer work in Summit, New Jersey to address homelessness and food insecurity. Philip Lemkau is a retired high school physics teacher. Carolyn Lemkau Steiner is a physical therapist in the St. Mary’s County, Maryland schools.

“Children’s potential is limitless. Your expectations make all the difference. You have to look past all the pathology to find the kid in every child.”

Elizabeth “Libby” Lemkau Wheeler also shares her parents’ deep concern for the mentally ill and children with developmental disabilities. Wheeler, who studied European history, served on the board of Mental Health America in Northwest Arkansas, an all-volunteer organization that promotes advocacy, education, research, and service to promote mental health. Her efforts in lobbying local officials to establish a crisis mental health center echoed her father’s efforts to broker a partnership with the Baltimore City Police Department to train officers to handle psychiatric emergencies, in order to ensure that patients were treated for their illness rather than jailed.

After Lemkau’s death in 1992, his friends, colleagues, and family members looked for a way to honor him that incorporated the things he valued most: students, intellectual curiosity, and strengthening communities. They established the Paul V. Lemkau Scholarship in 1994, given annually to an outstanding Department of Mental Health student or fellow who has made a significant difference in the community life of the department.

Lemkau Scholars are using the methods of public mental health to prevent disease and disability in communities everywhere. Of the 19 awardees to date, many have gone on to prominent academic careers. Four have joined the Bloomberg School faculty: Alden Gross, PhD ’11 was appointed in Epidemiology, and the rest in Mental Hygiene. Angela P. Fan, PhD '01 is now deputy dean at the National Yang-Ming University School of Medicine, Debra Furr-Holden, PhD ’99 is now at Michigan State University, and Judith Bass, PhD ’04 has remained in the department and now heads the Global Mental Health program.

David S. Mandell, MD, ScD ’00, a pediatrician and psychiatrist at the University of Pennsylvania, directs the Center for Mental Health Policy and Services Research and is also Associate Director of the Center for Autism Research at The Children’s Hospital of Philadelphia. Kathleen Hayden, PhD ’04 joined the Duke University medical faculty and studies the epidemiology of Alzheimer’s.

Another passion of Lemkau Scholars is eliminating health disparities. Furr-Holden’s work in Baltimore focuses on addressing behavioral health inequalities and developing environmental approaches to preventing violence and substance abuse. Corey B. Smith, PhD ’02 is working to improve Native American health at the Northern Plains Tribal Epidemiology Center in South Dakota. Maria Isabel Gutierrez Martinez, PhD ’03 at the University of Valle in Colombia is evaluating interventions to decrease symptoms of depression, anxiety, and post-traumatic stress disorder in Afro-Colombian victims of violence.

Through his own career, and later, through the opportunities made possible by the Lemkau Scholarship, Paul Lemkau launched a fleet of vessels into the world to provide safe passage out of the undertow of mental illness. His legacy of community-based mental health prevention research and practice continues to thrive at Johns Hopkins and beyond.