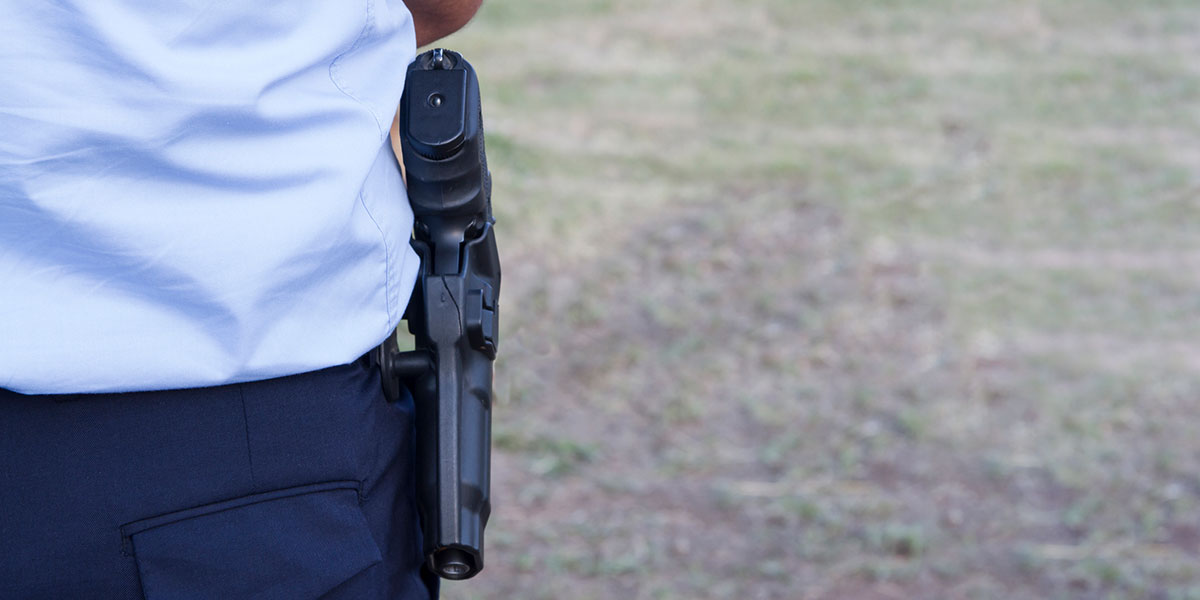 Permissive open and concealed carry laws are promoted as policies that make it easier for individuals to defend themselves against crime. But these laws can increase gun violence in many ways including allowing individuals who have a history of acting violently to carry their firearms in public, providing more opportunities for armed intimidation and shootings in response to hostile interactions, and increasing criminals’ access to guns from thefts from motor vehicles. Lax laws on public gun carrying also make it difficult for law enforcement to respond to potentially lethal threats to public safety—including threats of political violence—when many civilians are legally armed in public settings.

The gun lobby has also pushed states to pass “Stand your ground” laws that overturn centuries of jurisprudence, allowing people to avoid criminal prosecution for the use of deadly force even when the person could safely retreat.
Stand your ground” laws increase homicides by promoting a “shoot first” culture of violence and, when combined with racial bias, result in the killing of Black Americans. These laws almost exclusively serve white men, providing protections and immunity to those white Americans who claim self-defense, while not affording the same protections to Black Americans.

To reduce gun violence, policymakers should strengthen their concealed and open carry laws and repeal stand your ground laws.

Over the last several decades, state laws governing concealed carry have loosened. In the 1990s and early 2000s, may states switched from may issue laws or concealed carry bans to shall issue laws. In the 2010s, states have increasingly dropped their permit requirements completely, adopting laws allowing permitless carry. This trend has continued into the 2020s. These maps show the status of state concealed carry laws, by state, for each decade from 1980 to 2022. 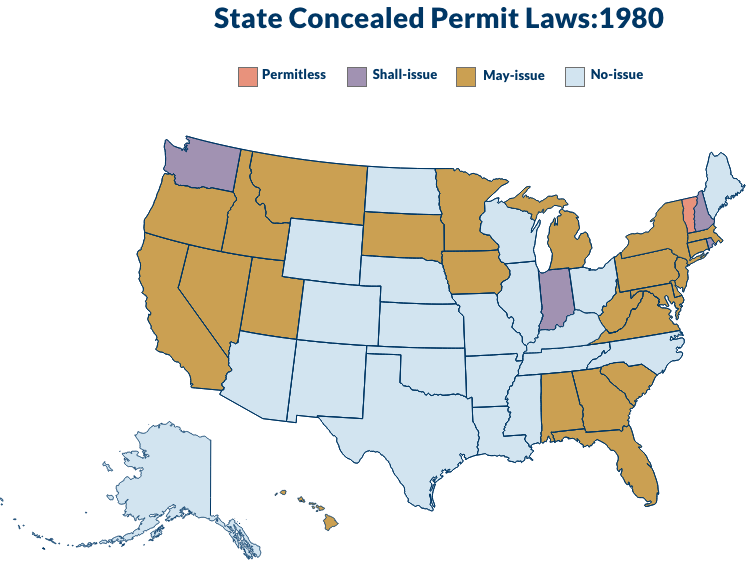 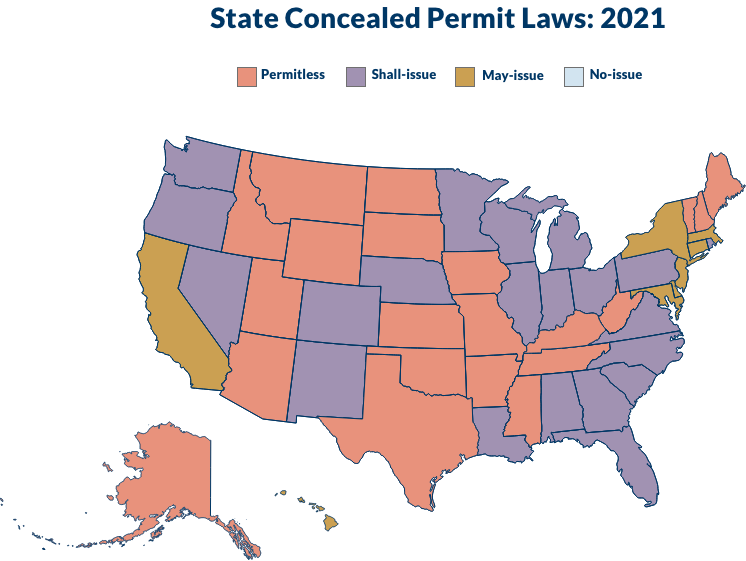 In 1980, there were 21 states with no issue laws, which generally banned concealed carry

There were 24 states with may issue laws, which afforded law enforcement discretion in issuing concealed carry permits:

There were 4 states with shall issue laws, which do not afford law enforcement discretion in issuing concealed carry permits:

There was 1 state that allowed permitless carry:

At the end of 2021, there were no states with no issue laws, which generally banned concealed carry

There were 8 states with may issue laws, which afforded law enforcement discretion in issuing concealed carry permits:

There were 21 states with shall issue laws, which do not afford law enforcement discretion in issuing concealed carry permits:

There were 21 states that allowed permitless carry, and more states continue to adopt this policy in 2022, making it the most prevalent concealed carry policy in the U.S.

“Over the past decade, we've seen an accelerated deregulation of concealed carry. States are increasingly abandoning the permit requirement in favor of permitless carry and some of the strictest laws face litigation. Our work highlights the risks of allowing permitless carry and the need for lawmakers to think critically about permitting mechanisms that might reduce that risk.”

The Center’s work in this area focuses on the growing body of evidence showing that the deregulation of civilian gun carrying leads to more violence, including firearm homicides and shootings by police. Center faculty have authored reports debunking myths that proponents of right-to-carry put forth and examining armed insurrectionism, researched the impact of campus carry (guns on campus) legislation, and conducted public opinion polling on concealed carry.