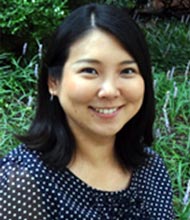 Nao received her Ph.D. in 2010 in Social Psychology at Michigan State University, where she worked with Drs. Deborah Kashy and Joseph Cesario, and postdoctoral research training 2010-2012 at the Karmanos Cancer Institute/Wayne State University School of Medicine, where she collaborated with Drs. Louis Penner and Susan Eggly. Her overall research interest is to better understand the intrapersonal and interpersonal processes involved in intergroup bias from the perspectives of both the targets and the instigators of social inequality. Her research strength is in carrying out two lines of research that inform one another: basic social psychology and applied health research.

Specifically, her basic research investigates the underlying mechanisms involved in stereotyping, prejudice, and discrimination by utilizing both traditional social psychological and social cognitive research methods. Her applied work addresses how these processes involved in intergroup bias contribute to health and healthcare disparities by using social psychology theories and research methods. For example, in one of her most recent works funded by NIH/NINR, she investigated how Black patients’ perceived discrimination and non-Black physicians’ racial bias simultaneously influence their affect and communication behaviors during primary care medical interactions by using two well-established social psychology research methods: analysis of nonverbal behavior using “thin slices” and analysis of verbal behaviors using “LIWC” (Linguistic Inquiry and Word Count). Such effort to integrate social psychology theories and applied health research has been recognized recently, and she received an award for distinguished poster presentation at the NIH-sponsored the Science of Research on Discrimination and Health meeting in 2011 as well as Kales Award from Karmanos Cancer Institute in 2014.